Is there anything cuter than a miniature horse? When first born, they’re the size of a big-headed puppy, and just as playful. They join the ranks of teacup pigs and baby hedgehogs as some of the most adorable members of the animal kingdom. With great cuteness, though, comes great curiosity. Is it only their size […]

What Can I Put On My Dog For Dry Skin? 6 Powerful Hydrating Solutions 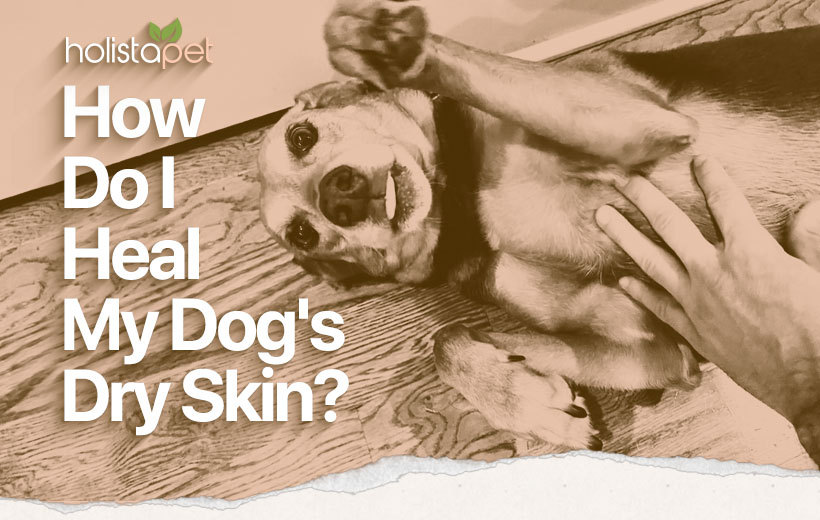 Dry skin is an annoyance for anybody, and it can also affect our pets. If your pooch suffers from flakes or itchiness, their skin is probably dry. You may be wondering, “what can I put on my dog for dry skin?” Fortunately, there are plenty of products and treatment options you can try before the […] Humans have long known about the many benefits of fish oil, making it one of the most popular nutritional supplements in the world, but we aren’t the only ones who can gain from it. Salmon oil for cats is a trendy product that promises to boost your pet’s health, but does it live up to […]

Hemp Oil vs CBD Oil for Dogs | Know The Differences Cannabidiol (CBD) pet products have been widely recognized for their potential health benefits. Today, pet owners have many options when it comes to the world of hemp. But, what’s the difference between hemp oil vs CBD oil for dogs? The main difference is that hemp oil doesn’t contain any cannabinoids and CBD oil does. There […] What has four paws, a high energy level, and a strong work ethic? You guessed it, the Border Collie! A popular pet nowadays, this beautiful canine was originally bred in Scotland as a working dog. This medium-sized herding canine is one of the smartest dog breeds there is! Those that aren’t pets are often used […] kThe Missouri Fox Trotter is a beautiful mid-sized gaited horse breed. It is one of the smoothest and most graceful riding equines that America has ever produced. Their impressive stamina and effortless gait have allowed the Missouri Fox Trotters to prove themselves as talented stock horses and trail riders ever since they were bred in […] There are few things more exciting than a new dog! There’s a lot to consider before bringing your new pet home: whether it will pee all over the house, tear up furniture, or howl at three in the morning. If you already have a dog then one thing must definitely be considered. So, how do […]

Can Dogs Get High : Effects & Dangers Of CBD For Dogs Why Is My Cat Coughing? [Identifying Causes & When to Be Concerned] A feline’s wacky behavior often begs explanation. Why is my cat coughing? Why is it sneezing? How come my cat is retching, gagging, hurling up a hairball, and staring at me like it’s plotting something? Cats may have personalities too mysterious for mankind to ever understand, but their biology has long been studied.   Coughing […]

Can Dogs Eat Watermelon? Everything You Should Know! Fans of canines and fruit have long asked, “can dogs eat watermelon?” After all, it’s hard for dog owners to enjoy their food like everyone else! When you sit down after the work of preparing and cooking your meal, there’s one last obstacle a dog parent needs to overcome: two big puppy eyes looking up […]

Is Catnip Bad for Dogs? [The Answer May Surprise You!]

Many of us have heard about catnip and how it makes cats crazy, but what happens if a dog gets ahold of some? Is catnip bad for dogs or is it safe? With so many families housing both cats and dogs, this situation is bound to arise. If your dog gets ahold of catnip should […]

Can I Give My Dog Pepto Bismol? Click Here And Find Out! 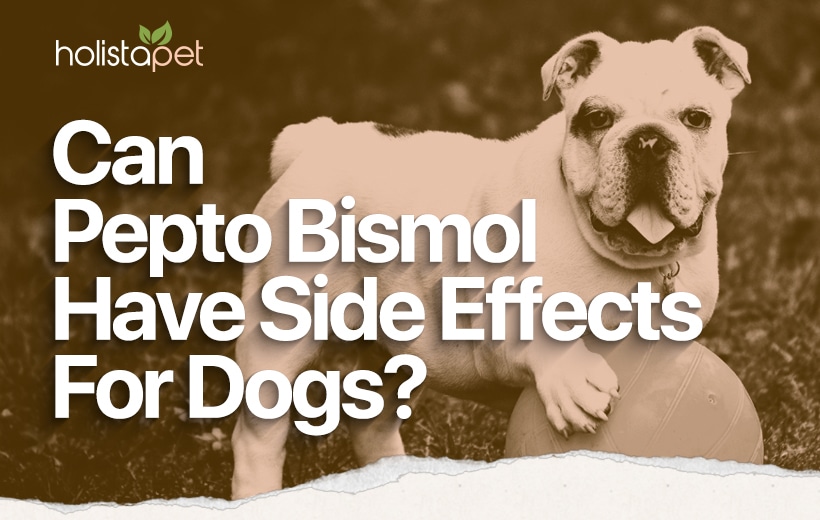 Like most pet owners, you may be wondering, “Can I give my dog Pepto Bismol?” After all, it can be hard to watch your furry friend suffer through an upset stomach. But is Pepto Bismol the best solution? In this post, we’ll look at what Pepto Bismol is and whether or not it’s safe to […]

Cat Skin Problems [And What To Do About Them] 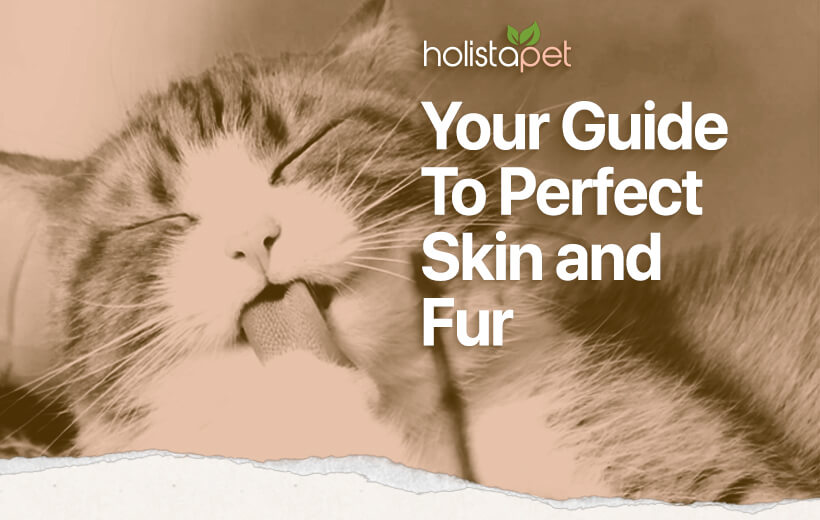 Most of the time, our pet cats are adorable and cuddly companions, but sometimes they can be a little bit high maintenance. Have you ever noticed your cat itching or scratching a lot? If so, they may have cat skin problems. You might notice inflammation, hair loss, scabbing, flaking or even skin lesions.   Skin […]

Acupuncture for Dogs [The Ultimate Guide To This Holistic Alternative] 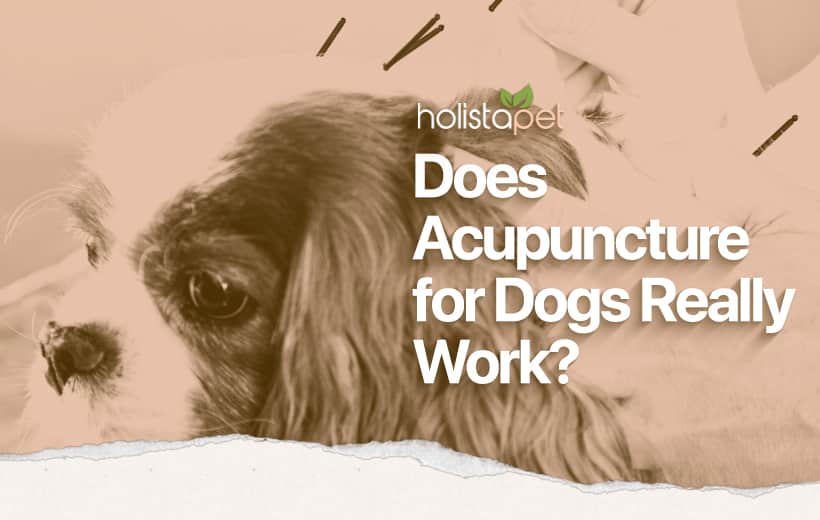 Acupuncture is a traditional Chinese practice that involves inserting long, thin needles into the body to aid chronic pain, improve blood circulation, and treat disease, among many other benefits. This ancient treatment method has been around for thousands of years for animals and humans alike. But acupuncture for dogs is a new phenomenon that some […] 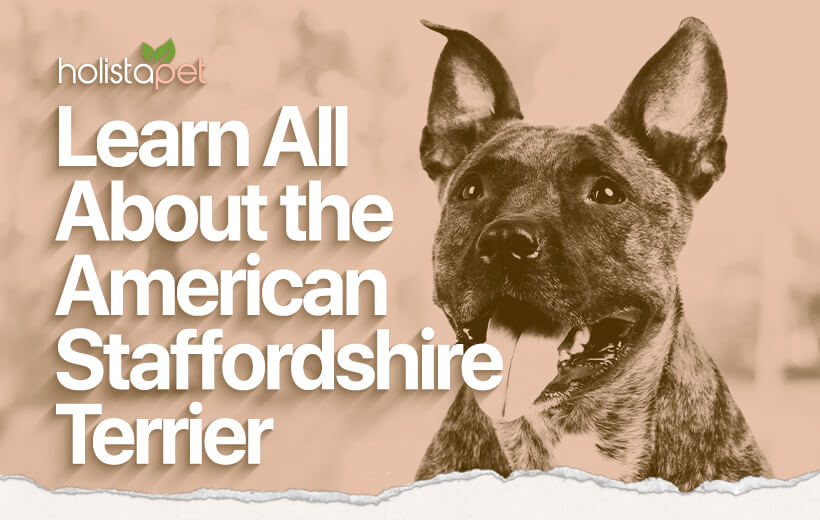 Plants That Are Toxic to Cats [Complete List of Plants To Avoid!]

Houseplants bring life and a bit of nature into the home, but some can be dangerous if ingested, especially by curious cats. Since even the most responsible pet owners can’t supervise their cats every second of the day, you can focus instead on removing toxic plants from their environment. Let’s take a look at which […]

Natural Remedies For Asthma In Cats: When It’s More Than Just A Hairball Cat asthma is a very serious ailment that can result in death if left untreated by a vet or with the help of natural remedies. Just like us, cats can get asthma too. Asthma is caused by an allergy to something. That allergen causes your body to react negatively. Feline asthma is one of […] 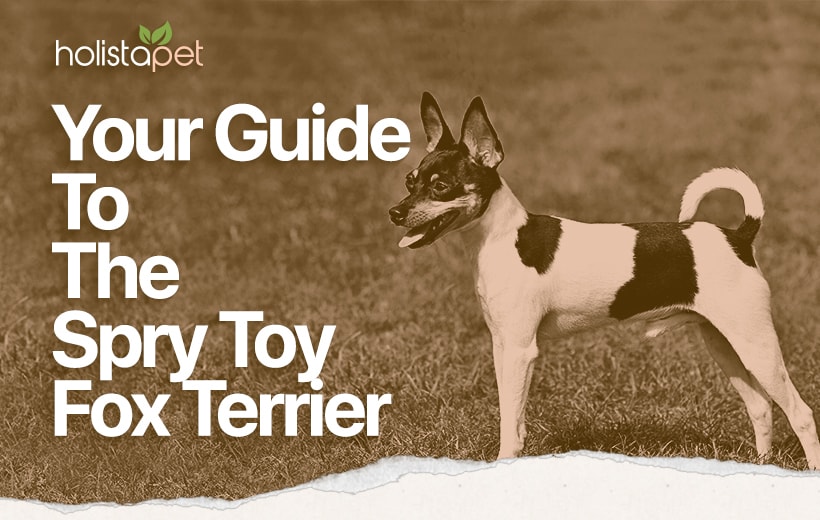 The Toy Fox Terrier is a true all-American breed that will make you laugh with their rambunctious and bubbly personalities. Most Terriers are known for their ability to hunt small game, but the Toy Fox Terrier became popular for their talents in traveling circuses and dog shows. They’re very easy to train and are commonly […] 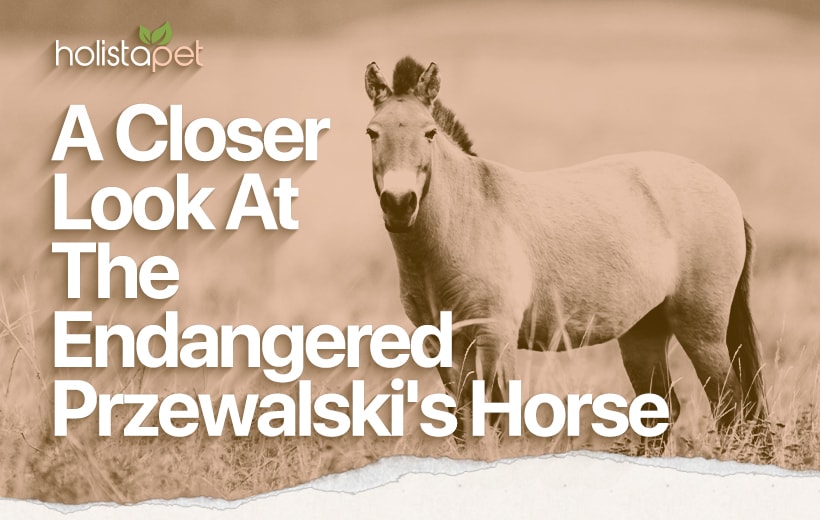 Przewalski’s Horse, also known as the P-Horse or Takhi, is one of the world’s oldest equine breeds. This Mongolian wild Horse was still alive 100,000 years ago, coming close to extinction in the 20th century. These animals recently earned the unfortunate classification of “extinct in the wild.”   However, wildlife conservation efforts may bring this […] 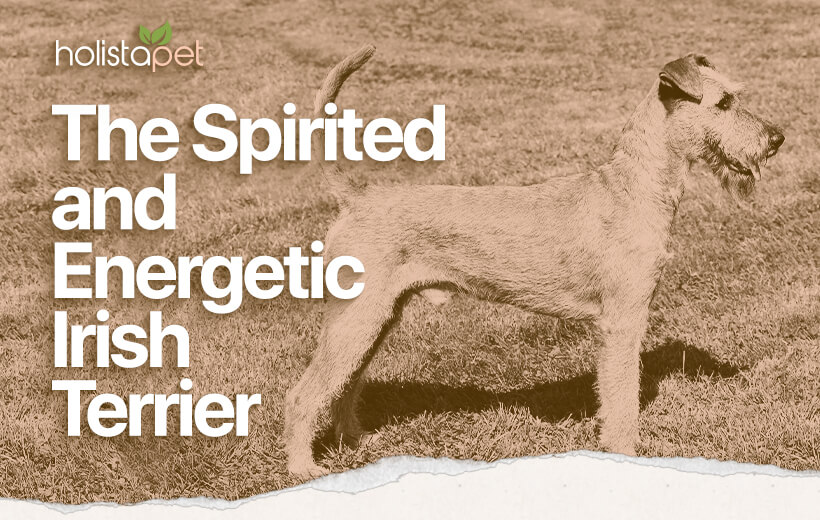 Out of the thirty-four Terrier dog breeds, one of the oldest Terrier breeds in the world is the Irish Terrier. Though they all share feisty and energetic attitudes, the Irish Terrier is a strong-willed and loving dog that will guard their family against any potential intruder. They’re spirited, always eager to play games, and incredibly […] 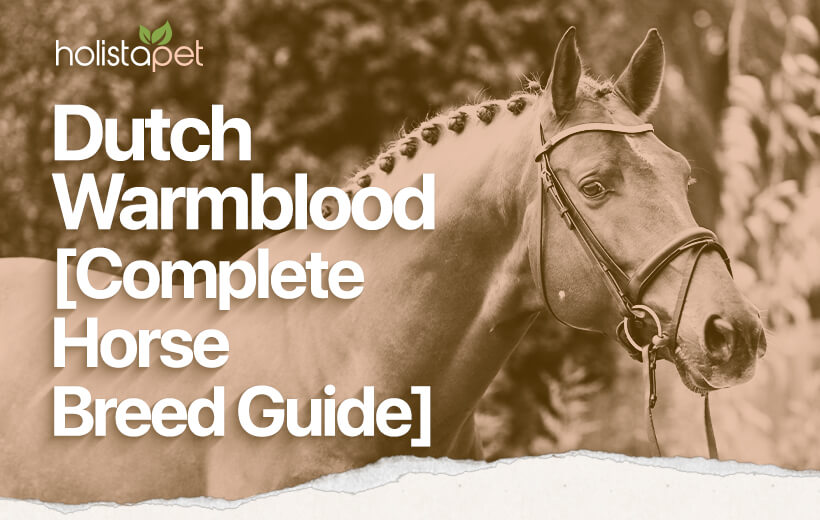 The Dutch Warmblood horse is one of the most successful show breeds in the world. Since emerging from its native Dutch lands, this athletic horse has had a rich history, from dressage to show-jumping to casual riding. They are a fairly modern horse breed that has risen to greatness and fame in the equestrian world […] 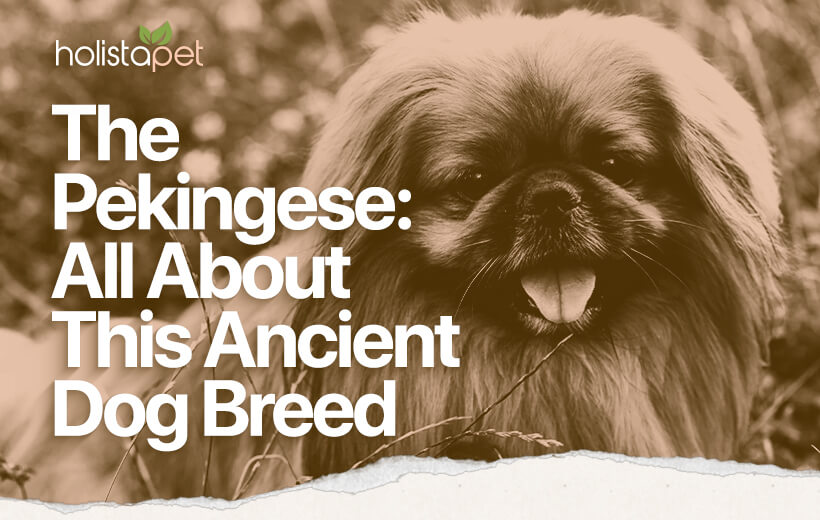 Born from a royal background, the Pekingese is a regal, dignified, and stubborn breed. Their rich history reaches back to the Tang Dynasty in ancient China. Although they are beautiful and noble, these dogs are not recommended for first-time owners.   Still, with the right family, the Pekingese can be exceptionally loving and protective dogs. […] 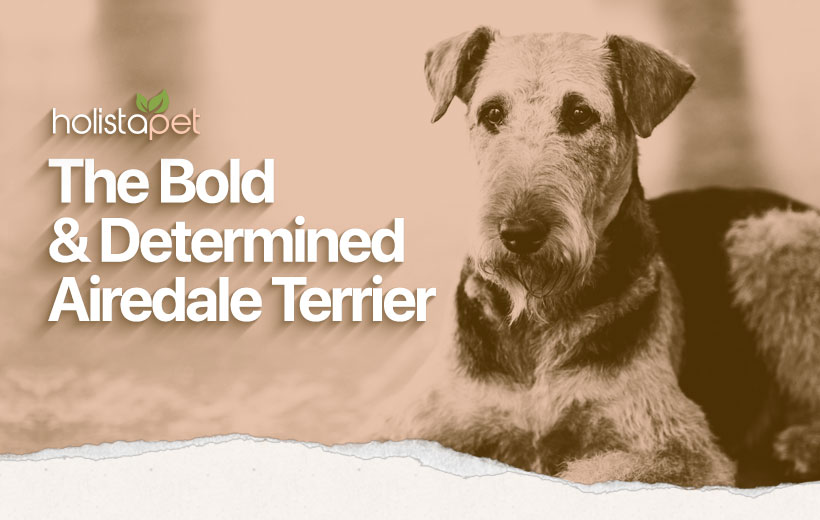 If it’s not a Lakeland Terrier or a Welsh Terrier, it has to be an Airedale! The Airedale Terrier is an incredibly friendly and intelligent dog breed. These talented Terriers have performed many jobs over the years, and they’ve excelled at them all.   This guide has everything you need to know about Airedales, “The […] 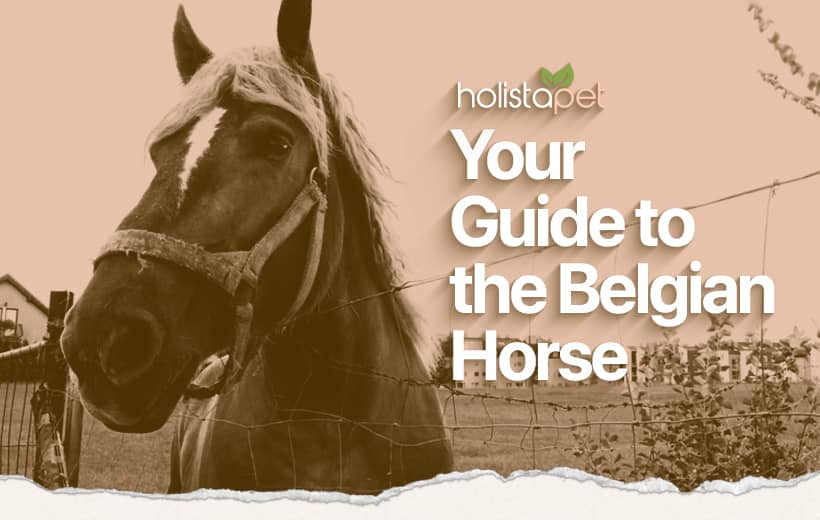 The Belgian is a strong and powerful horse breed that has been used for farm and agricultural work since the Middle Ages. Its impressive ability to pull large objects makes it one of the most talented draft breeds in the world. Today, the Belgian horse’s strength and gentle nature make it a popular choice for […]