Let’s take a deep dive into these cats, their history, personality, what breeds produce red-haired felines, and everything else you’ll want to know about these iconic cats.

What is a Ginger Cat?

A cat with beautiful orange hair. Yup, that’s it. It doesn’t specifically refer to a breed or type of cat; rather, if a cat has a coat that’s a shade of orange, they’re considered to be ginger. Other names for their distinct colored coat include red, orange, or marmalade.

Although the orange coat can appear in many breeds, a full ginger-colored cat isn’t very common. It’s more likely for cats to be a combination of red and other colors. 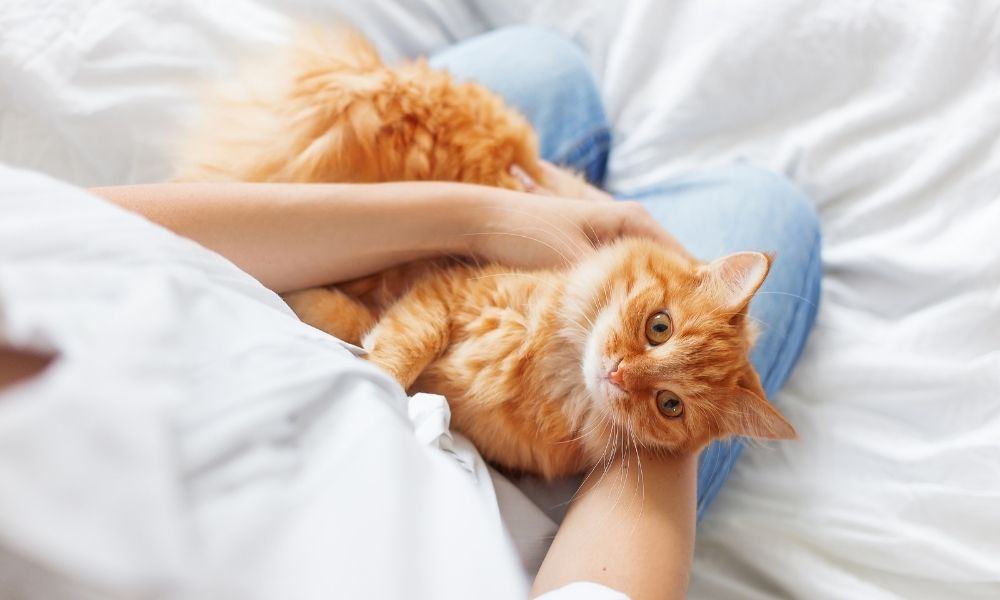 Ginger cats are probably most well-known for their place in history and pop culture. Here are some notable orange kitties (both real and fictional) throughout time:

Is a Ginger Cat a Breed?

Nope! These cats are defined only by the orange color of their coat. In fact, many breeds can produce a ginger colored hair. Though these cats are not a single breed, many of them seem to have similar characteristics and personalities.

What Gives Ginger Cats Their Color?

The key to their beautiful orange color lies in their genes and chromosomes. Although cats seem to come in a wide variety of colors, their coat colors are determined by a combination of only two colors: black and red.

Males kittens inherit one X and one Y chromosome from their parents, while females inherit two X chromosomes. Therefore, male kittens only need to inherit the O gene from their mother to be fully ginger, while female kittens need to inherit the O gene from both their mother and father. This makes it statistically more difficult to be a full ginger female cat, which is why they are much rarer.

What Breed of Cats Are Ginger?

Many cat breeds can produce full ginger cats! Here are a few of the most popular ginger cat breeds:

Yes, all ginger cats are tabby! This also has to do with genetics. The tabby pattern is determined by the agouti gene, but if a cat has a red coat, the non-agouti gene (which would make the coat solid) doesn’t work.

In simpler terms,  if you have one of these cats, the agouti gene is there, so your cat will have the distinct tabby “M” on their forehead and the associated stripes, whirls, or spots. In some cases, the tabby pattern may be so faint that the cat looks like a solid orange color, but upon closer inspection, you’ll see the patterns of a tabby.

There are a number of tabby patterns that can be present in ginger cats:

What Kind of Personality Do Ginger Cats Have?

It’s difficult to broadly generalize about the personality of a cat due to the color of their fur, but believe it or not – there have been studies on this topic!

Although you may think the orange fur implies a fiery or feisty personality, it’s actually quite the opposite. According to a survey by the University of California, Berkeley, cat enthusiasts associated positive traits like being friendly, affectionate, and easy-going with ginger cats!

In general, ginger cats are warm-natured and wonderful house cats. However, take this with a grain of salt because all cats are different, and this association may depend more on the breed rather than the coat color. 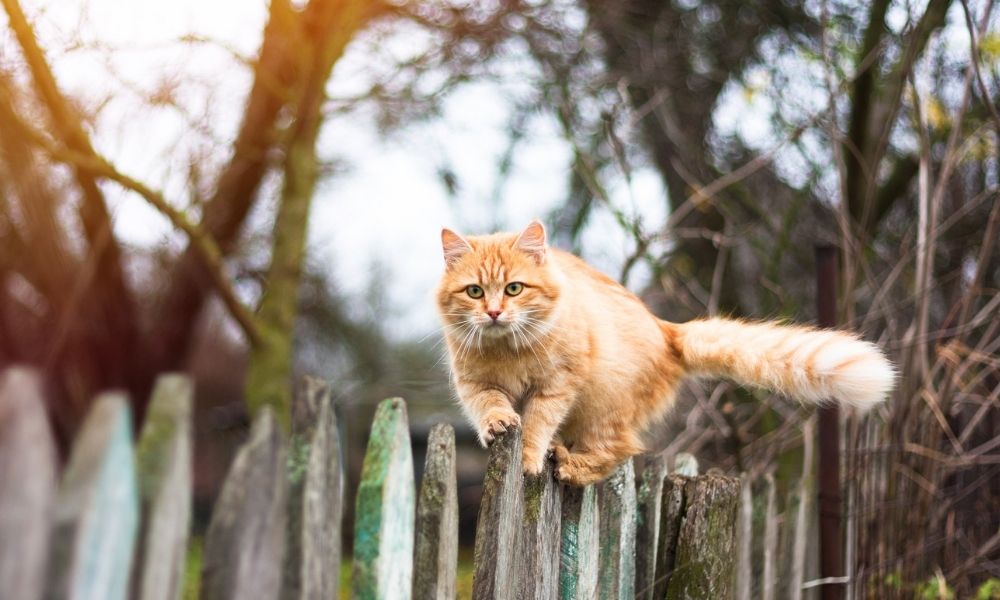 How Long Do Ginger Cats Live?

The life expectancy of a ginger cat depends on a lot of factors, including breed, genetics, diet, exercise, and living conditions. So, it’s difficult to pinpoint how long an orange tabby cat will live. However, if you properly care for your cat, they will live an average of 15 to 20 years.

If you want your cat to live a healthy and long life, remember these tips:

How can you not love ginger cats? They’re adorable, unique, and have been popular for thousands of years (yes, the Egyptians loved them!).

Here’s what to expect when you get a ginger cat: you get Garfield, Puss In Boots, and Orangey. But not only that, you get a cat with a beautiful orange coat and striking tabby pattern, a loving and affectionate personality, and a friend for life.