We all have our vices. Dogs have peanut butter, but cats? They have catnip. However, unlike some guilty pleasures, catnip isn’t bad for cats at all! Catnip is truly a fun addition to your cat’s playtime, usually making them act hyper. You might also see them rolling around and stretching on top of the catnip acting like they’re on cloud nine!

But why do cats like catnip? Why does it make our cats act like they’re “high?” Let’s take a closer look at what catnip really is and how you can implement this healthy plant into your cat’s daily routine. Be prepared for some kitty drool and zoomies!

Your cat is rolling around in it, licking it, and — to be honest — acting completely crazy! But catnip is not a drug (although people often compare it to marijuana).

Catnip is actually a term for a perennial herb in the mint family called Nepeta cataria. It’s found in a vast number of products for cats. Research has yet to find evidence that catnip is harmful to kittens or cats — except a possibly upset tummy if they eat too much at once. Because it’s safe — and because cats love it so much — it’s often incorporated in cat toys. It’s also used on cat trees and scratching posts to inspire cats to utilize them more frequently!

Catnip clearly has a hold on cats and they absolutely love the stuff. But where did it even come from? 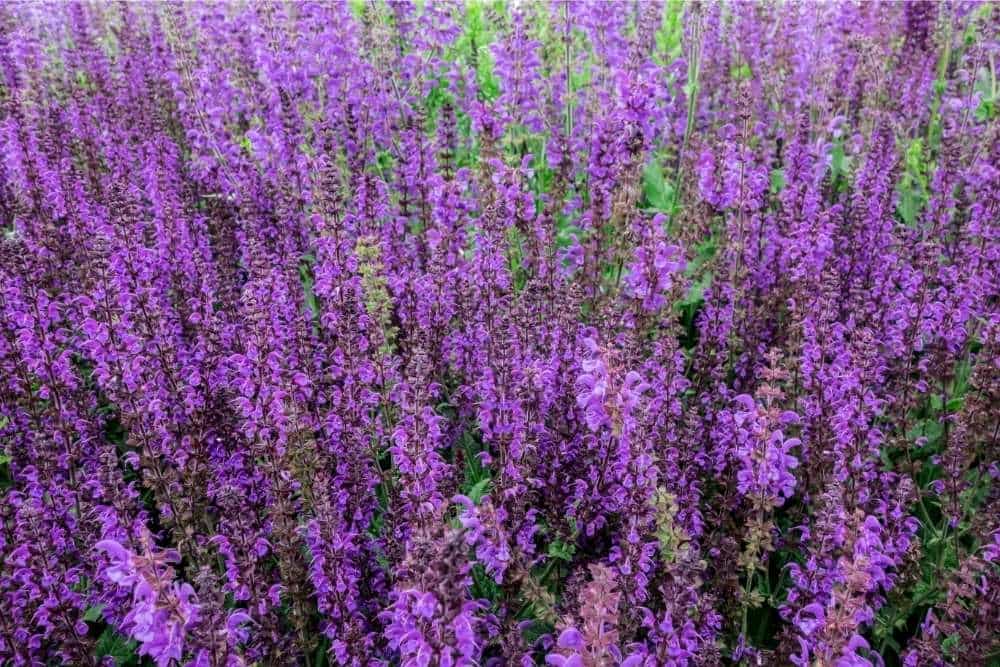 Where Does Catnip Come From?

It’s believed that the term “catnip” was adopted solely because of cats’ love for the plant. The perennial herb is native to the Middle East, China, Europe, and Asia. It’s part of the mint family, growing up to three feet tall and producing green-brown leaves. Its flowers bloom between late spring and autumn.

While the herb’s rise in popularity is mostly due to cats’ crazed reaction, Nepeta cataria was a useful garden crop before felines got their claws on it. It’s drought-tolerant, deer resistant, and even deters mosquitos. The flowers also have the ability to attract butterflies. These traits have made catnip a great addition to many gardens!

The History of Catnip

Catnip isn’t native to North America. It came to the United States in the 18th century when English settlers set out to explore the New World. They brought along plants for food and medicinal purposes, including catnip. There is even a recipe written in 1712 in Massachusetts that calls for catnip.

Nepeta cataria was used to treat a wide variety of ailments. For many people, catnip worked as an excellent sedative. It was commonly used this way for children, said to cure sleep problems, headaches, and even scabies. Native Americans believed the herb helped women with menstrual aches.

Some people even suspected that catnip made them more aggressive. This notion led to many boxers using catnip. They would chew the mint before a boxing match, believing it would help them take down opponents.

While catnip isn’t used for medicinal purposes anymore, it’s still a popular plant for a feline. Kitty owners use it on their cat’s toys, play areas, and even in their baths!

Why Do Cats Love Catnip?

What is it about catnip that cats find so irresistible? The nepetalactone! Nepetalactone is the active ingredient in catnip — it’s an essential oil that enters your cat’s nose or mouth when they interact with the plant. The compound is contained in microscopic bulbs found on the herb’s leaves, stems, and seedpods.

When the bulb ruptures, it releases the nepetalactone into the air. This process is triggered when your cat plays with catnip by biting, rubbing, crushing, or even rolling in it.

The nepetalactone then binds to the receptors in your cat’s body that stimulate the brain’s olfactory bulb. From there the olfactory bulb sends this information to multiple areas of the brain, including the amygdala. This in turn triggers the amygdala, causing your cat to have an emotional response. When the catnip’s nepetalactone stimulates your cat’s amygdala and pituitary gland, your cat might appear “high.”

So what really happens to cats when they ingest catnip? Do they get high?

What Are the Effects of Catnip?

While it might be entertaining to say your cat is “high,” catnip doesn’t actually contain any THC. Despite the complete lack of THC, your cat might still appear under the influence because catnip’s effects on your cat may make them act differently!

Every cat responds differently to catnip. Some cats might get more energized, while others mellow out.

Some common side effects include:

Does Catnip Affect All Cats the Same?

Not all cats react the same way to catnip. As mentioned earlier, some cats may become mellow and drooly, while others turn hyper and playful. But some felines don’t even respond to catnip at all.

It’s been found that about 75 percent of cats are receptive to nepetalactone, while the Humane Society actually reported that only 50 percent of cats will react to catnip. A cat’s response to catnip is hereditary, meaning it’s genetically predetermined if your cat will develop a reaction to the ‘nip or not. 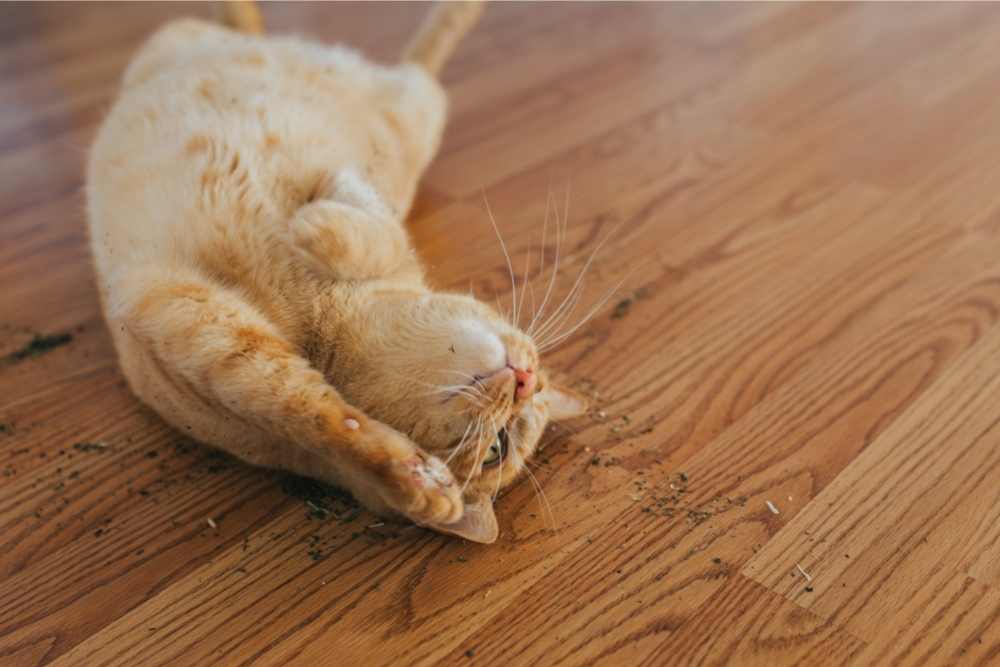 How to Use Catnip

How you choose to use catnip depends on your cat’s particular preferences. Every feline has their own favorite way to enjoy catnip — it’s up to you to discover it! Here are some ways to use catnip effectively:

When your cat is done playing with catnip, it’s crucial to store it correctly. It actually loses potency over time, meaning the effects it has on your cat won’t be as intense or noticeable.

Put leftover catnip in something that is airtight, like a container or bag, and place it in the freezer. This will keep it fresh (and stronger) for longer! 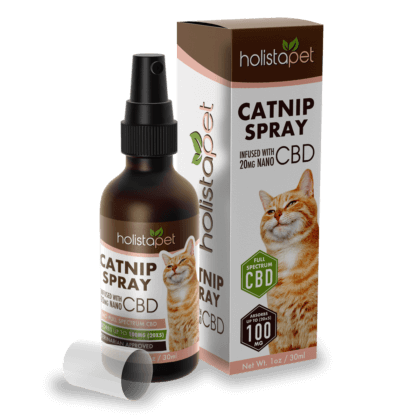 How Long Does Catnip Last?

Since all cats react to the nepetalactone in catnip differently, it’s impossible to know how long your cat will be under the herb’s influence. The average length of time that you’ll notice your cat behaving differently is 5-10 minutes.

After that time frame, the effects will wear off. Your cat then becomes “immune” to the nepetalactone, in a sense. For at least one to two hours following their catnip session, your cat won’t be able to feel the effects of catnip again.

Can Kittens Have Catnip?

It’s safe to give kittens catnip, but it might not have the results you expect. You might predict kittens will get even more playful when they encounter catnip, but they usually don’t have any reaction at all!

Remember how the cat’s amygdala and pituitary gland must be stimulated for cats to have a reaction? The pituitary gland controls the activity of most other hormone-secreting glands.

Since the catnip’s pathway to the brain is partially hormonal, cats won’t react to catnip until they have reached sexual maturity. That’s about six months old.

You’ll have to wait a bit longer to find out if your kitten loves catnip!

Cats love catnip because the nepetalactone in the herb stimulates their brain. It makes them feel good — and leaves them wanting more! That’s why you’ll see them licking it off the floor or rolling around in it.

Luckily, catnip has no negative side effects, meaning it’s a-okay to let your cat enjoy the plant in the safety of your home. For some cats, it makes them feel chill and relaxed. For others, they want nothing more than to race around the house after they lick some up!

Spray some catnip on their favorite scratching post. Sprinkle some dried catnip leaves on their toys. Then watch your cat go bananas as they lick, roll, jump about, and drool.

Felines might enjoy catnip, but we enjoy watching them on catnip even more!