Cancer can occur in just about any mammal. It occurs when gene mutations cause abnormal cells to divide uncontrollably and cause tumors to form. If cancer starts in one part of the body and then spreads elsewhere, this is known as metastasis. Various medical options are available, and will be recommended by the veterinatrian. Recently, there has been talk about Cannabidiol (CBD), and its potential uses as an addition to the routine. Although the FDA has not yet approved CBD oil as a supplement or medication, you may be wondering if CBD oil can help cats with cancer alone or alongside other medical treatments. Let’s take a deeper look.

There are over 113 different cannabinoids that are found in the cannabis plant, CBD is one of them. The most widely known cannabinoid is tetrahydrocannabinol (THC). This is the primary cannabinoid constituent in marijuana. However, CBD is distinct from THC in that it is not psychoactive. This means that it will not cause your cat any intoxication.

CBD acts by mimicking the body’s natural cannabinoids, referred to as endocannabinoids. These are compounds that control a wide variety of functions in the mammalian body. All these functions are primarily controlled through a network of receptors known as the endocannabinoid system (ECS). 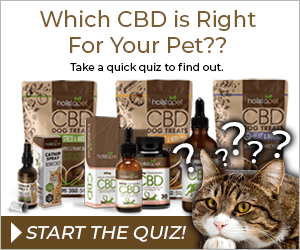 1. CB1 receptors– these are found primarily in the mammalian brain and are mostly responsible for the modulation of pain and/or inflammation.

2. CB2 receptors– these are found throughout the body and are mostly responsible for regulating important immune system functions. Part of the immune system’s function includes targeting and destroying invading cells (such as cancer cells).

Since the FDA has not yet approved the use of CBD oil as a treatment option for cats with cancer, we are unable to make any claims on its benefits. Some pet owners claim that using CBD for their cat can help with treating a variety of symptoms and conditions in the mammalian body, including cancer. These, however, are purely customer reviews and should not be considered as medical evidence.

Types Of Cancer In Cats

Feline cancers metastasize by traveling through the lymph nodes. This is the same as in other mammals. Although feline cancer rates are substantially lower than canine cancer rates, about 1 in every 5 cats will still develop some form of cancer in their lifetime. Cats suffer from many of the same forms of cancer than other mammals suffer from, including lymphoma, leukemia, mammary (breast) cancer, and skin cancer. The three most common types are:

This is the most common type of feline cancer. Lymphoma occurs when white blood cells (also known as leukocytes) replicate at uncontrolled rates. Lymphoma in cats generally affects the intestines, kidneys, liver, nasal cavity, and/or lymph nodes. Most feline lymphomas are curable and are generally treated with chemotherapy.

Squamous cells are located in the skin or linings of organs (like the respiratory and digestive tracts) in the mammalian body. SCC is a form of skin cancer that affects these cells. This is an aggressive form of cancer that originates in the outer layers of the skin. It may first appear as a bump on the skin or a white plaque. There may also be ulceration and bleeding.

The condition is more common in white-haired cats and cats with thin fur. Cats that live at high altitudes are more prone to the disease. Squamous cell carcinoma in cats can develop on any part of the skin. Although, it is more common on the nose, ears, and mouth.

Squamous cell carcinoma in cats is malignant. If you think your cat has developed the disease, you should take it to a vet. Early diagnosis and treatment will be essential to prolong the life of the cat. Additionally, if it is treated early enough the spread of cancer to other parts of the body may be prevented.

The stages of squamous cell carcinoma are defined by the size of the tumor and how far cancer has spread:

In the very early stages squamous cell carcinoma in cats, cancer will only be present in the upper layer of the skin. The tumor will be small.

In stage 1 squamous cell carcinoma the cancer is less than 2 centimeters across. It will not have spread to any internal organs or the lymph nodes.

Stage II squamous cell carcinoma will be diagnosed when the cancer is more than 2 centimeters across. At this stage, cancer will still not have spread to other parts of the body.

Stage IV squamous cell carcinoma is indicated when cancer has metastasized to other parts of the body. One or more lymph nodes are likely to be affected. The cancer is likely to have spread to the bones and internal organs.

Squamous cell carcinoma in cats can begin as little more than a sore patch of skin. If a sore patch doesn’t heal, you should take your pet to a vet as soon as possible.

The symptoms will vary depending on the location of the tumor. They may appear as raised masses, or they may appear as flat lesions on the skin. Here are the most common symptoms of squamous cell carcinoma in cats:

A sarcoma is a general type of cancer that occurs in cells known as fibroblasts. These are cells in the skin that produce fibers and a protein known as collagen. This is a protein that gives skin its elasticity and rubbery properties. Cats with fibrosarcoma present this type of cancer in their fibrous connective tissue as well as their muscles. There is a subtype of this cancer known as feline sarcoid. 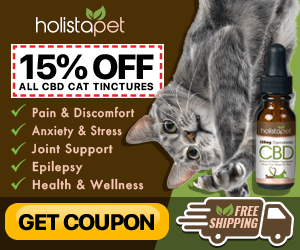 What Are The Symptoms Of Cancer In Cats?

The American Veterinary Medical Association and the Veterinary Cancer Society have compiled a list of the ten most common symptoms of cancer in pets:

Furthermore, one of the most alarming symptoms in cats is vomiting. This symptom is highly unusual in cats and should be treated seriously. Unlike dogs, vomiting is very rare in cats.

Another cat-specific behavior that can be cause for concern is if the cat is hiding excessively. Though they naturally like to hide as part of their predatory instinct, if a cat is hiding too much then it might be an indication of a greater problem.

What Are The Causes Of Cancer In Cats?

There are various potential causes of cancer in the mammalian body.

Carcinogens are chemicals that cause gene mutations that can eventually lead to cancerous cells.

Some of these substances are present in a cat’s environment, particularly if their owner smokes cigarettes or other tobacco products.

Aging is also a primary cause of cancer. There are multiple reasons why aging causes higher rates of cancer in the mammalian body. Part of it is because our cells just accumulate more mutations over the years. As these mutations increase over time, the likelihood rises that uncontrolled division of cancerous cells will happen.

There is also just the general disintegration of the mammalian body. For example, chronic inflammation over the years damages the DNA in mammalian cells. The immune system also becomes weaker, making it less likely that it will identify and destroy cancer cells quickly enough.

Fibrosarcoma in cats sometimes develops at the injection sites of necessary medications like vaccines, antibiotics, insulin, and/or steroids. This is known as feline injection-site sarcoma (FISS).

In order to avoid the development of FISS, veterinarians will limit the number of injections and be careful exactly where they choose to inject the necessary medications.

There are also viruses that can cause cancer. Feline sarcoids will occur because of the papillomavirus (this is the virus that causes warts in mammals).

Before the development of a vaccine, feline leukemia virus (FeLV) was the most common cause of feline lymphomas.

Finally, if a cat is not spayed or has been spayed too late in life, they have a higher risk of contracting mammary cancer (breast cancer).

In fact, cats that have been spayed after the age of six months are 5 to 6 times more likely to develop this form of cancer than cats spayed earlier.

Conventional veterinary care is crucial to a cat’s overall health. It is also highly effective in identifying and treating potential cases of cancer. If there are any bumps or lumps found on the cat’s body, particularly in its lymph nodes or mouth, then a diagnosis can be made and treatment can start as soon as possible.

Conventional Treatments For Cats Include:

One fascinating detail about cancer treatment is that cats tolerate chemotherapy better than most other mammals. Chemotherapy can be absolutely brutal for humans and can be the same for dogs. Cats, however, do not experience as debilitating of side effects that other species experience with chemotherapy.

Neutering or spaying the cat may drastically reduce the risk of some types of cancer.

Maintaining a nutritious and high-quality diet with plenty of protein may promote overall health in cats.

As discussed earlier, the FDA has not yet given its approval for CBD and therefore it should not, in any way, be considered as a treatment or cure for any diseases or ailments.

CBD oil may be beneficial if you use it as a complement to conventional therapies. It is a natural substance that generally does not disrupt mainstream treatments. As always, however, consult with your veterinarian regarding the use of CBD oil in conjunction with your cat’s treatment. If you have a finicky cat who dislikes the taste of CBD Oil, you may also considered salmon flavored CBD treats for cats. 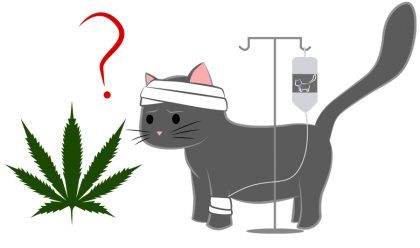 How Much CBD Do Cats Need For Cancer?

The most standard form of CBD oil is as a tincture. We generally recommend between 0.25 mg (a Regular Dose) to 0.5 mg (a Strong Dose) of CBD per every 1 lb of bodyweight.

Although CBD is remarkably safe, a “go low and go slow” approach to dosing to avoid side effects. This means that you can slowly increase the dosage until you achieve the desired results.

Fear and anxiety in cats are quite common problems. A range of factors can contribute,…

What Can I Give My Cat For Pain Relief?