You’ve always heard the phrase “adopt, don’t shop” when it comes to picking out a new four-legged family member. People sometimes look down on dog shelters because they feel the dogs are inferior compared to pedigree dogs you find in pet stores. Those of us that have adopted from shelters know this isn’t true, and that is why supporters have started Adopt a Shelter Dog Month, helping homeless dogs find loving homes.

Keep reading to learn more about the beneficial holiday and how adopting your favorite dog breed from a shelter could help a pup in need!

What is a Shelter Dog?

An animal shelter houses pets lost, abandoned, or surrendered by their owners, and those that either don’t have homes or whose owners couldn’t take care of them anymore.

Dogs kept in shelters either remain temporarily until their owners come and find them or are housed permanently until the shelter can find a new home for them. Dogs make up a large portion of animal shelter populations. 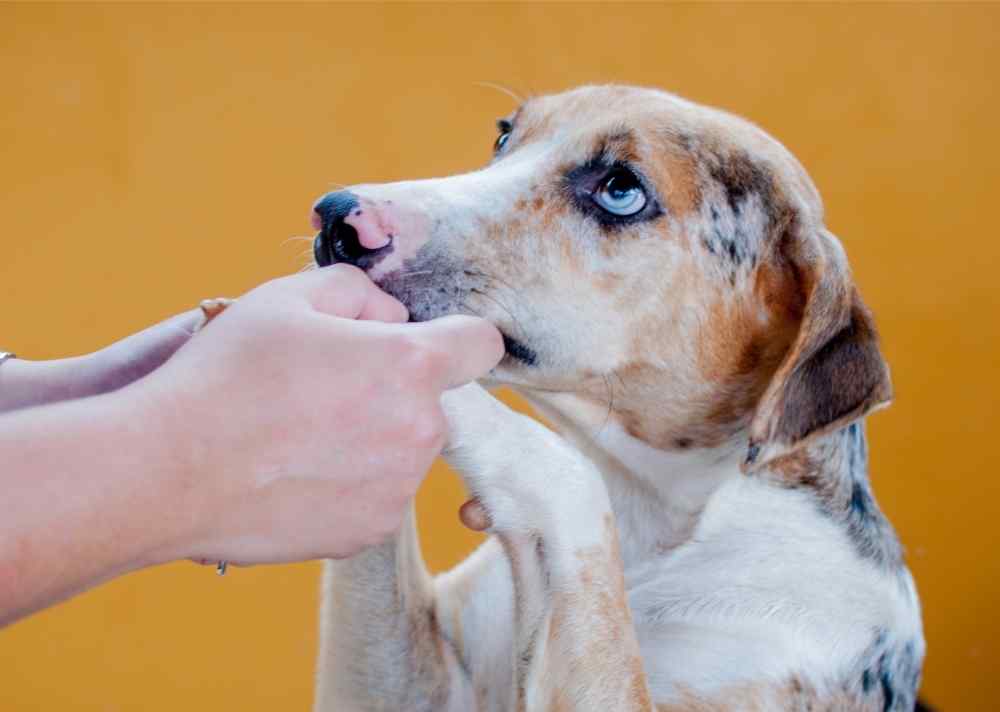 What is Adopt a Shelter Dog Month?

Adopt a Shelter Dog Month was established in 1981 by the American Humane Society. The American Society for the Prevention of the Cruelty to Animals (ASPCA) also recognizes this holiday. Many refer to the holiday as simply “Adopt a Dog Month.”

The History of Adopt a Shelter Dog Month

In 1866 American diplomat Henry Bergh devoted his life to preventing animal cruelty in a world where they were often beaten, starved, and overworked. Bergh started this effort by establishing the ASCPA. His organization worked hard to shift public perspective on better treatment of animals, which eventually led to creating shelters in America.

The first animal shelter — the Women’s Branch of the Pennsylvania Society for the Prevention of Cruelty to Animals — opened in 1869 by a group of women seeking to ease animal suffering in their city. They raised money to build watering stations for carriage horses and rallied for more sympathetic attitudes towards animals by urging the public to report cases of animal abuse.

Since then, society’s attitude has shifted from viewing animals as health hazards and tools for labor to viewing them as house pets. Animal shelters have become a place where stray and unwanted dogs go for refuge until they can be rehomed with loving families.

An estimated 3.3 million dogs enter shelters every year, with only about 1.6 million ever being adopted. The higher intake rate overwhelms the system and makes it difficult for shelter workers to find suitable homes for these animals. Therefore, most of these dogs are euthanized.

To combat this overcrowding, Adopt a Shelter Dog Month brings public awareness of shelter dogs and encourage people to adopt from their local shelter instead of buying from pet stores or breeders.

Why Are Shelters Overcrowded?

Overcrowding has been caused by several issues, namely the overpopulation of dogs born due to lack of spaying and neutering. Other reasons include hasty pet ownership from owners that are not prepared for many years of caretaking. Most dogs live 10-13 years, and some even longer! It is best to refrain from adopting a dog or any animal if you are not prepared to care for it for that long.

Other factors that contribute to shelter overpopulation are:

When is Adopt a Shelter Dog Month?

Since 1981, people celebrate this movement every October. Animal welfare and rescue groups like The ASPCA and The American Humane Association sponsor and promote Adopt a Shelter Dog Month. They create campaigns that encourage dog adoption from shelters. Local shelters participate by making an effort to find animal lovers looking for a new pet.

Is It Expensive to Adopt a Shelter Dog?

Adopting costs much less than buying from a pet store. Depending on state and local regulations, adopting fees can vary. However, these fees usually go into vaccination, spaying and neutering, and medical treatment before adoption. Most shelters will also include some food and toys for you to take home on adoption day!

If you’re still on the fence, here are some great reasons to adopt a dog from a shelter.

Adoption Helps More Than One Animal

When you adopt, you give a loving home to a dog in need and make room for another pooch to take its place! Remember, overcrowding is a huge issue in shelters, making it difficult to care for those needy pets. Not only that, but adoption can help reduce the number of euthanized pets each year. Adopting a dog saves lives!

As mentioned before, adoption costs less than buying from pet stores and breeders. Some stores charge over $1000 while rescuing from a shelter can be as little as $50 and often includes other benefits like vaccination and medical treatment, unlike pet stores.

Purebreds from licensed breeders can also be quite pricey, running upwards of several thousand dollars depending on the breed. Often, mixed breeds found in shelters are just as healthy as these purebreds and are no less cute!

Dogs in shelters are often mixed, or “mutt” breeds that are considered unfavorable to “purebred” dogs. However, purebred dogs face more medical issues on average due to their history of poor breeding practices. Unhealthy genes caused by inbreeding or wide breeding (breeding a prize-winning show dog with many other females of the same breed) lead to more inherited diseases passed down from one purebred to another.

Mutts found in shelters are less likely to have received a breed’s problematic health issues, lowering their rate for a flurry of serious health conditions.

Though some areas have banned puppy mills, many states still permit them. These mills rapid-breed dogs for pet stores, suppliers, and owners looking to adopt for profit. As a result, mills cram young puppies into filthy, overcrowded cages with no regard for their well-being. They are often denied clean water and food, as well as proper veterinary care.

The stress, poor living conditions, and rapid spread of disease in these mills cause many serious health and behavioral issues.

Though they offer lower prices for their dogs, puppy mills end up costing more in the long run. It can be expensive to treat the illnesses picked up in the mills, and some are incurable. The trauma can leave dogs frightened, anxious, and aggressive their whole lives. 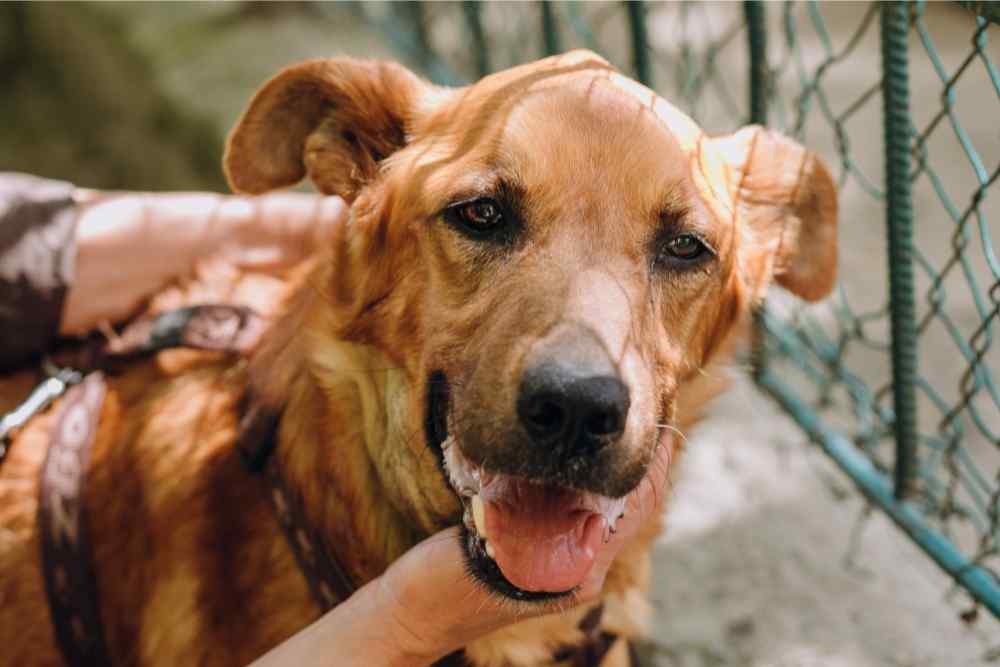 Many of the dogs left in shelters came from homes where they were already housebroken. Training might not even be necessary for some! People often neglect senior dogs because of their age but are often more well-trained than their younger peers at the shelter. This saves you the trouble of cleaning up any “accidents” or dealing with random barking a couch chewing problem!

You can skip right over the rambunctious puppy stage and head straight into easy relaxation with a senior dog. They can also handle being left along for longer period much better than younger dogs.

How to Celebrate Adopt a Shelter Dog Month

The best way to celebrate is by adopting a shelter dog, of course! The adjustment period to a new home can be a rough time for a dog, so a little extra love can help make the transition easier. To ease their new home jitters, try giving your new pup a Calming Chew for dogs to effectively relax them with a delicious treat they’ll love.

Other ways to celebrate are:

Shelters are overwhelmed with new intakes every year, and it’s difficult to keep up with finding a home for them. It becomes even more difficult when most new pet-owners are misguided about the quality of shelter dogs and how damaging the demand for pedigree dogs can be.

People often think they can’t find a great dog at a shelter and prefer to buy a more pedigree breed from elsewhere. However, shelter dogs are just as loveable and smart as any store-bought dog. Adopting from a shelter saves the lives of many dogs and reduces the demand for dogs bred in unsafe conditions. Remember the date! All of October is Adopt a Shelter Dog Month. It’s the perfect opportunity to support a local shelter or adopt a pooch in need!

Amy Peterson is a marketing writer from Los Angeles with a background in public relations, copywriting, academic journal editing, and social media work. She was raised on a steady intake of PlayStation, anime, and macaroni. Not much has changed since then, except she developed a better fashion sense. When not writing articles, she can be found day-napping, criticizing horror movies, or baking.