Can Dogs Eat Cinnamon? Yes, See How It Can Benefit Them Here 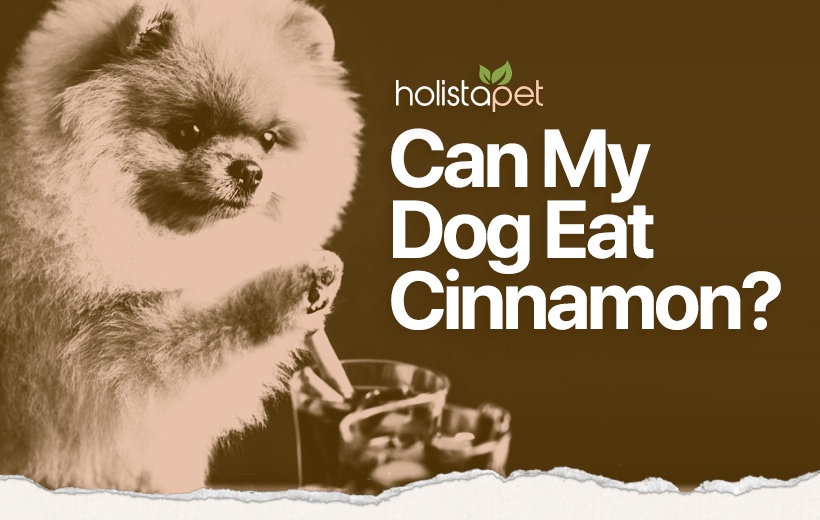 When it comes to cinnamon, dog owners are curious. The deliciously sweet spice has plenty of health benefits for humans. So, can dogs eat cinnamon? Luckily, this sweet spice is fine for pups to consume!

People have used cinnamon for centuries, and it’s still used today in desserts and all kinds of snacks of all kinds. Cinnamon has anti-inflammatory, anti-fungal, and antibacterial properties, making it a vital natural resource in the battle against several ailments. Cinnamon can be good for your dog in moderation. It is crucial to know what kind of cinnamon, and how much, is healthy for your pet.

Yes! Your furry friend can eat cinnamon. The spice is not toxic to dogs, and it can improve the flavor of their favorite meals. Although dogs can eat cinnamon, we don’t advise feeding them too much at one time. Large amounts can irritate your pup’s stomach or mouth. If your dog accidentally inhales the spice, you can definitely expect them to have a coughing fit.

If you want the expert’s hot take, the Pet Poison Helpline states that more than one teaspoon over cinnamon can spell trouble for most canines. Signs of a cinnamon overdose are vomiting, diarrhea, low blood sugar, and an altered heart rate.

Is Cinnamon Safe for Dogs?

Yes, cinnamon is safe for dogs. But, the answer isn’t that simple. Before we dive into the benefits of cinnamon, let’s discuss the two types of cinnamon and which one is best for your pet:

What Kind of Cinnamon is Good For Dogs?

Ceylon cinnamon is safer for dogs, although Cassia cinnamon is still okay to use. Cassia cinnamon has higher levels of coumarin, which can be toxic. Coumarin is an organic chemical compound with a sweet odor found. It’s present in various plants, though there is a high concentration of it in cinnamon. In potent quantities, coumarin can be used to kill rats, dogs, and other animals. While there isn’t enough coumarin in a cinnamon stick to kill your dog, too much cinnamon can still be hazardous to your pet.

If you are sprinkling cinnamon on your dog’s food or making treats for your dog, it is best to use Ceylon cinnamon since it has less coumarin. Commercially sold dog treats with cinnamon are safe for consumption — just make sure to stick to the serving sizes on the label. 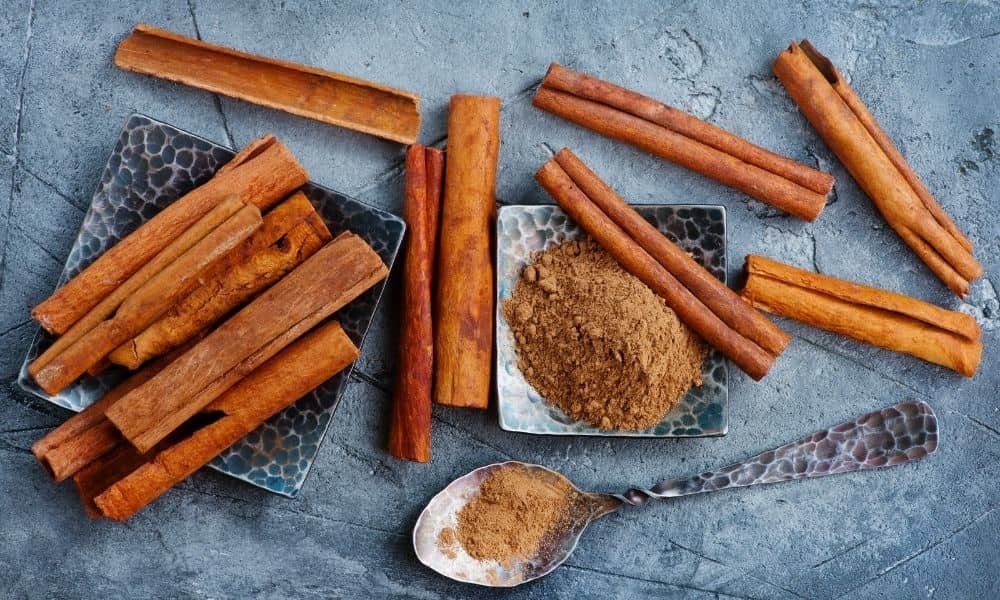 What Are The Benefits of Cinnamon for Dogs?

Cinnamon has many health benefits for both humans and dogs. It is also a common ingredient in many dog treats. Here are some of the benefits it can provide to your pup:

This delicious spice is packed with antioxidants! Antioxidants help fight free radicals, which have many damaging effects on the body. According to a comparison study of the antioxidant activity of 26 different spices, cinnamon won by a large margin. It outranks garlic and oregano, which are both considered superfoods.

According to a study published in the Journal of Animal and Veterinary Advance, canines who consume cinnamon had improved heart health. Dogs that are cinnamon had much lower blood pressures and heart rates than dogs that were not fed cinnamon. Cinnamon decreases the amount of glucose that enters the bloodstream after eating, and in this way, it can lower blood sugar.

There is also an abundance of anti-inflammatory properties in cinnamon. This makes it useful for joint pain and muscle soreness. Owners have been using cinnamon as a home remedy for arthritis pain in their aging canines for decades. Cinnamon may also reduce swelling, making joint pain easier to bear.

Cinnamon is brain food as well and helps aid cognitive functions. There are a  number of studies have also found that cinnamon has antibacterial and anti-fungal properties.

In case your dog is suffering from bad breath, you can try some cinnamon as a breath freshener. Owners can give their canine just a hint of cinnamon by rubbing it on their gums, and that should be a quick fix for bad breath. Since cinnamon also has anti-inflammatory, antibacterial, and anti-fungal properties, it can help against other dental issues that may be causing your pup’s bad breath.

Is Cinnamon Bad For Dogs?

Although cinnamon is non-toxic to dogs, it does not come without some risks. As we mentioned before, large servings of cinnamon can irritate your dog’s stomach, mouth, and lungs. In the worst case, cinnamon can give your dog a serious stomach ache (vomiting, diarrhea, the whole works).

If you think your dog ingested too much cinnamon, call your vet ASAP. Though cinnamon should not be fatal to your canine companion, a trusted veterinarian can get them back to their healthy, happy self. 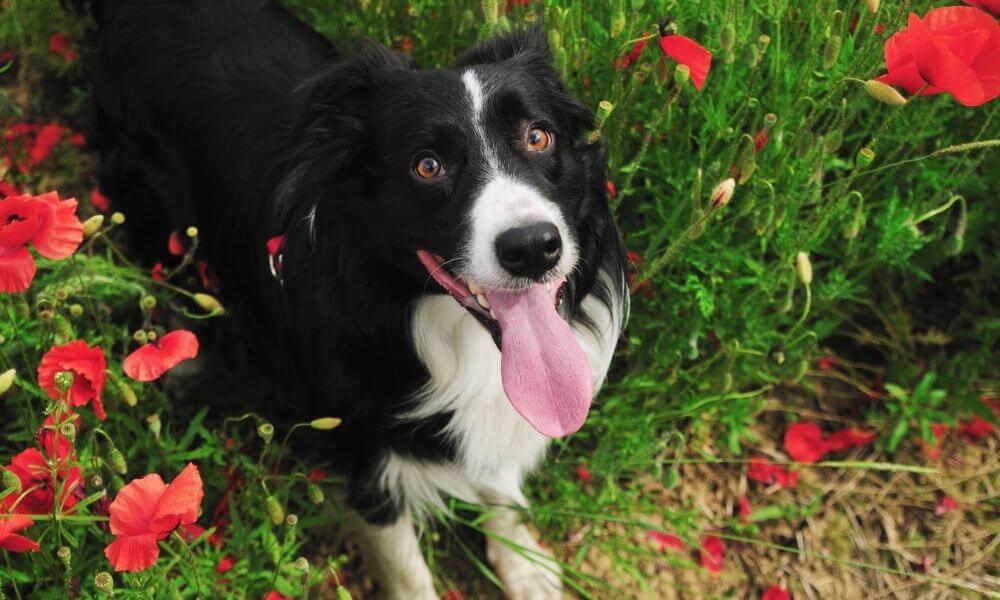 How Much Cinnamon Can I Give My Dog?

Owners can give their dog 1/8 teaspoon of cinnamon per 15lbs of weight. Do not give your dog cinnamon sticks, as they can cause coughing and breathing problems. Sprinkle the spice directly onto dog food, or on a treat.  Remember, you do not want to give your dog too much cinnamon. Experts say that more than one teaspoon is too much!

Moderation is key here — even too much water can be harmful. Dog treats with cinnamon are safe. Just stick to the serving size suggested on the package.

How Can I Give My Dog Cinnamon?

Owners can give their canines raw, organic cinnamon. You can sprinkle it on dog food or treats, or give it to your dog on a spoon. Because of the yummy taste, your pet may sit there and lick the spoon long afterward!

Remember, 1/8 teaspoon per 15lbs of weight is a perfect daily dosage for your pet. There are also several homemade treat recipes you can try if you’d like to give your dog cinnamon. Owners have mixed this spice in with organic apple treats, blessing their pets with the additional benefits of apples as well.

If baking isn’t your thing, HolistaPet does the work for you! CBD Dog Treats + Joint & Mobility Care fuse the powerful properties of cinnamon with pumpkin. Pumpkin contains vitamins A, E, and C, fiber, antioxidants, iron, and potassium. This powerful fruit is terrific for the digestive and immune system. It also aids weight loss, skin and coat health, eye function, and parasite control!

Together, cinnamon and pumpkin offer a wide range of benefits. Coupled with CBD, a non-psychoactive compound that soothes and balances your dog, HolistaPet CBD Dog Treats +Joint & Mobility Care is the ultimate snack for any canine.

Can I Give My Dog Nutmeg Instead of Cinnamon?

Although dogs can eat cinnamon, nutmeg is a no-no. The two spices are often used together, and owners should be wary of nutmeg. Nutmeg contains the toxin myristicin, which is horrible for dogs to eat. The symptoms of myristicin poisoning include abdominal pain, hallucinations, seizures, high blood pressure, fatigue, increased heart rate, disorientation, and dry mouth.

Cinnamon is a powerful spice with a vast number of health benefits for your loveable canine. It offers antibacterial, anti-fungal, and anti-inflammatory properties while also aiding blood sugar regulation, cognitive health, and bad breath. Pets with joint soreness can eat cinnamon on a regular basis to help their mobility. Owners must be careful though — too much of this spice can be hazardous. Stick the serving amounts listed on the cinnamon dog treats.

If you are making your own cinnamon dog treats or giving your dog pure, organic cinnamon, make sure to use the powder and not the stick. Cinnamon is a natural way to increase your furry friend’s overall wellbeing! Read more about Holistapet here. 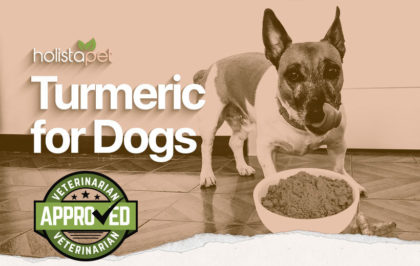 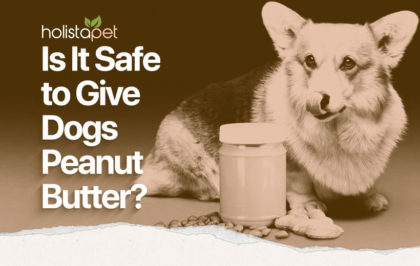