This guide was created to raise awareness about pet cancer and educate people about this treatable disease. 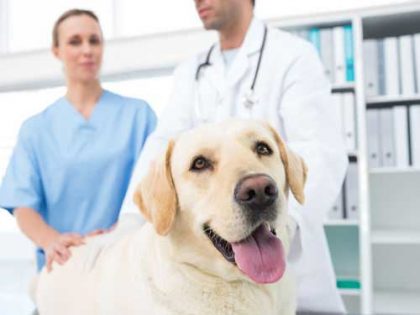 This full guide to pet cancers & tumors will teach you to the facts of the disease and how to find symptoms early, before it’s too late. Finding cancer in it’s early stage is the single most important aspect of treating the disease to ensure the longevity of your pet’s life.

In this guide to pet cancers let’s first look at what exactly this disease is and then reveal the many different types of cancers that can effect your pet. Finally we can show you how to prevent this disease and extend the life of your loved ones.

Here are some truthful facts about pet cancer:

The most important fact that you should keep in mind is that 50% of all cancers are curable if caught and treated early.

What Exactly is Cancer?

Cancer is defined as the uncontrolled growth of abnormal cells. These cells invade surrounding body tissues and spread to other areas within the body. Cancer is often  described as a diverse group of diseases with many different causes. Each case of cancer is unique, which makes it very difficult to understand and hard treat. It can be centralized, like a tumor or generalized, meaning it’s spread throughout the body. 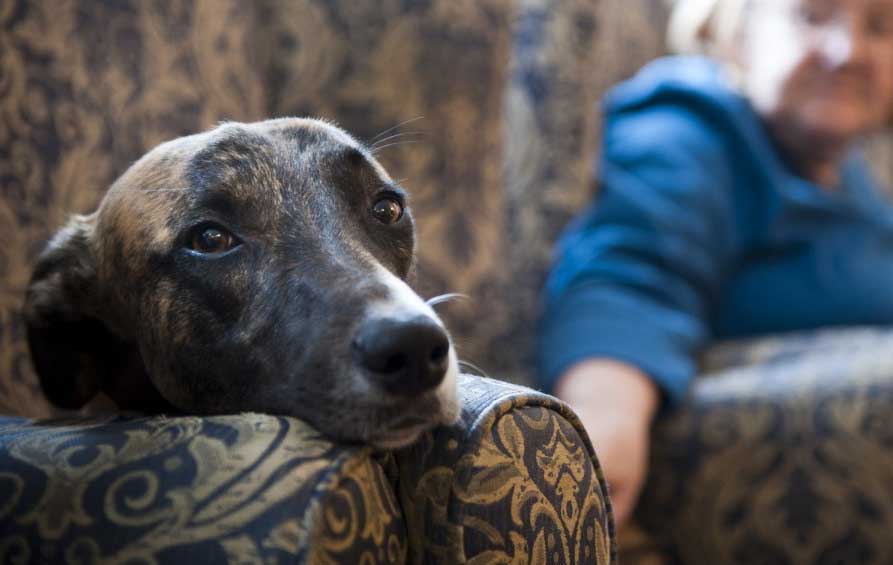 List of the Different Types of Cancer & Tumors in Dogs (Canines):

Below is a collective list of types of cancer and tumors found in dogs. You will find more detailed info on the most common types of cancer in dogs outline below this list.

The Most Common types of Cancer & Tumors in Cats (Felines):

Below is a collective list of types of cancer and tumors found in cats. 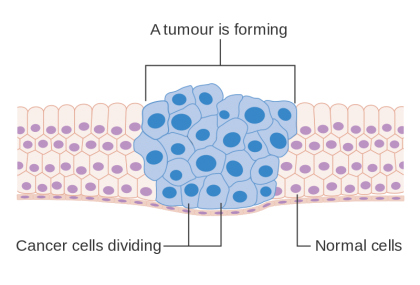 Lymphoma is a type of cancer born in lymphocyte cells (type of white blood cells in the immune system) in the lymphatic system.  Lymphocytes are white blood cells, which are crucial to fighting off antigens and destroying bad and unwanted cells.  Lymphoma cancers make for about 20% of malignant tumors in dogs. This cancer is more prevalent in certain breeds such as boxers, saint Bernard’s, golden retrievers, bulldogs, Scottish terriers, airedale terriers & basset hounds. Lymphomas are usually found in the organs that help the immune system such as the lymph nodes, thymus gland, spleen and in bone marrow.

There are 30 different types of Lymphoma cancers. In this guide to pet cancers we can only brief you with the most common ones. Some of these most common forms are Mediastinal lymphoma, Extranodal lymphoma, and Alimentary lymphoma. 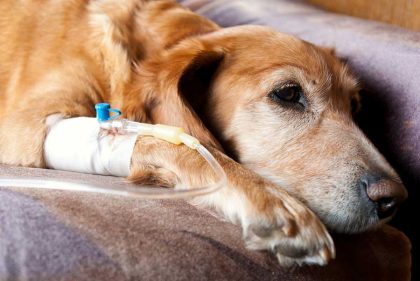 Hemangiosarcoma is commonly found in dogs more then any other species. This tumor is found in the cells that line blood vessels and is usually diagnosed in the spleen, heart and liver but can sometimes spread to any organ. There is no early warning or signs of this disease so sadly, it usually goes undetected until it has reached the advanced stages of maturity. This cancer is more common amongst German shepherds, golden retrievers, and other large breed dogs. This type of cancer develops over time and is not painful.

Symptoms come fast and are usually because of sudden blood loss from internal bleeding due to a ruptured tumor. These symptoms include shock, sudden weakness, difficulty breathing, and paled gums.

Osteosarcoma is a very aggressive bone tumor commonly found in the long bones or front and rear limbs of the dog but can also be found in any bone including the rides and skull. This common form of cancer is usually present in large breed dogs such as Great Danes, Saint Bernards, Great Pyrenees, Irish Wolfhounds, Rottweilers, Labradors, Golden Retrievers Newfoundlands, Bernese Mountain Dogs & Dobermans.

Symptoms of Osteosarcoma usually show with large tumors in the limbs and bone swelling. Lameness and limping of the limbs are common signs. Fractures at the tumor site commonly occur because of weakened bones.

Read what our customers have to say about Holistapet products. Here are some recent testimonials from owners of pets with different Cancer & Tumor related conditions.

It has made a tremendous difference in his daily life.

Our dog has cancer and has been having chemo treatments, which we have spent over $3500.00 on up until about 3 weeks ago. I am on fixed income and couldn't afford anymore, so we did some research and found your...READ MORE→ 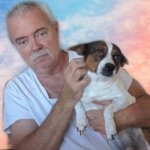 We were told that our 15 year old cat had a heart issue and two masses in her lung. Due to her age we didn't want to do anything surgical with those masses. The vet didn't want to start her...READ MORE→ 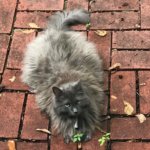 I’m convinced the HolistaPet is making a difference.

When the holistic vet muscle-tested various holistic remedies for my beloved 13 year-old gentleman's invasive small cell lymphoma, HolistaPet emerged as the most effective of the bunch. My guy has had a daily dose of HolistaPet since his diagnosis and...READ MORE→ 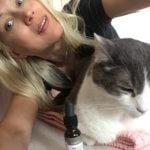 Our dog had about 60 days or less to live…

Our 12 year old miniature schnauzer was diagnosed with oral melanoma in February and had a huge tumor removed from his gum.  Our vet and the oncologist both told us because it was the most aggressive form of cancer and...READ MORE→ 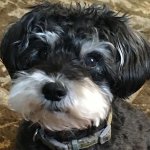 Bella made it to her 11th birthday…

Bella has been on her cbd oil since March. A hail mary because her lymphoma was progressing and she developed a form of skin cancer. To date the lesions are gone and she had been so much more comfortable. I...READ MORE→ 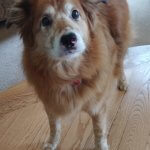 Helping him so much…

My dog, Bear, has been on these for several weeks now for his bone cancer. They are helping him so much. My oldest dog, Jack, had a stroke on Tuesday. We have started him on these pills as of yesterday....READ MORE→ 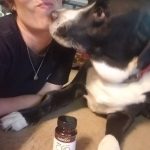 He’s 3 months past what the vet suggested and doing great!

My 10 year old Cairn Terrier, Ozzy, was diagnosed with Lymphoma just before Christmas 2018, six months ago. I decided to not do chemo and chose to use Prednisone to try to keep the cancer at bay for as long...READ MORE→ 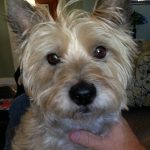 This product is amazing…

This product is amazing. I have two dogs, both age 11. One has a tumor in her stomach which made her extremely thin. After starting the pill her appetite changed and she now is back to good weight despite the...READ MORE→ 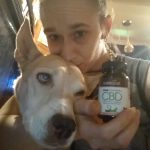 Use CBD instead of Radiation

Hello I'm just writing you to thank you today for making your products. I have been buying Holistapet CBD products for 4 months now and using them on my 9 year old Labrador retriever. He has been diagnosed with Abdominal...READ MORE→ 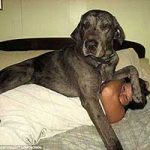 Big fatty tumor has been shrinking

There was a massive fatty tumor on my dog's rib cage under his right arm it was stretching out his whole abdominal area. The vet diagnosed the tumor to be cancerous. The inflammation has been visibly going down ever since...READ MORE→ 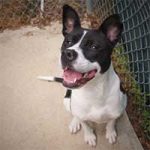 Using it for chemotherapy side effects

I have been using Holistapet CBD treats to treat the side effects of chemo for my dog. I have learned that CBD has the same effects in humans as it does in animals. Pets are born with the same endocanpabidol...READ MORE→ 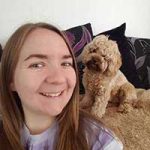 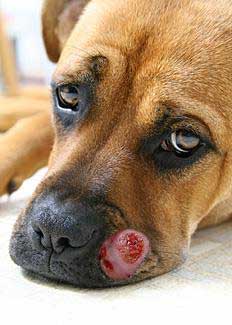 Mast cells are cells that reside in the connective tissue of the body usually within the skin, nose, tongue and mouth. Tumors can occur in these tissues and are graded on a scale of 1 to 3 depending on the location, how inflamed they are and how different they are thn normal healthy mast cells. These tumors are called mast cell tumors or Mastocytoma’s. They are more common in pugs, Boston terriers, boxers and bulldogs. These masses may be itchy or inflamed and can occur as solitary lumps or masses.

Mast cell tumor symptoms include a skin mass that turns red after touching it. An inflamed area of the skin that changes size; gets larger then smaller. Severe cases may include vomiting, loss of appetite, and diarrhea.

Melanoma is the most common type of oral cancer that effects the pigmented cells found in canines. Specific breads with darker pigmented mouths and tongues are at higher risk of the disease. It can spread to lymph nodes of the head and neck but mainly resides in the mouth and oral cavity of the dog. These tumors tend to grow fast and spread to other organs including the lungs and liver. The appearance of these tumors can vary from small tumor on the skin from 1/4 inch to 2 inches or even larger to any size. The tumor is Uusually hairless and ulcerated and will be dark grey, brown, or black.

Mammary Carcinoma is a cancer found in female dogs that aren’t sprayed or sprayed after reaching 2 years of age. 50% of mammary tumors are malignant and have already spread to other parts of the body by the time that they are removed. Poodles, toy dachshunds, and terrier are more likely to get the disease.

Symptoms are often overlooked because the tumors can appear to be small nodules around the nipple. pain, ulceration and inflammation on the exterior of the skin. Some stages of advanced metastasis the cancer will spread to the lymph nodes, liver, lungs, kidneys and bone. 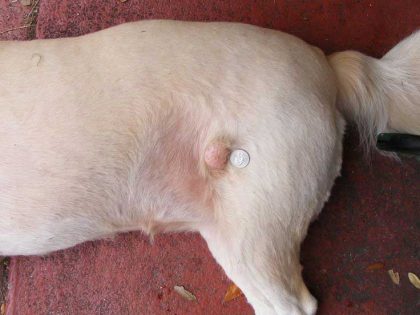 10 of The Most Common Signs of ALL Canine Cancers:

Here are the most frequently seen signs of canine cancer.

Back To The Conditions & Ailments Guide

Read more related articles on Cancer & Tumors and how to help your pet! Learn what to look for and get tips on how to prevent.

Is your dog in need of some hair loss home remedies? If you’re a dog owner, you probably know how… 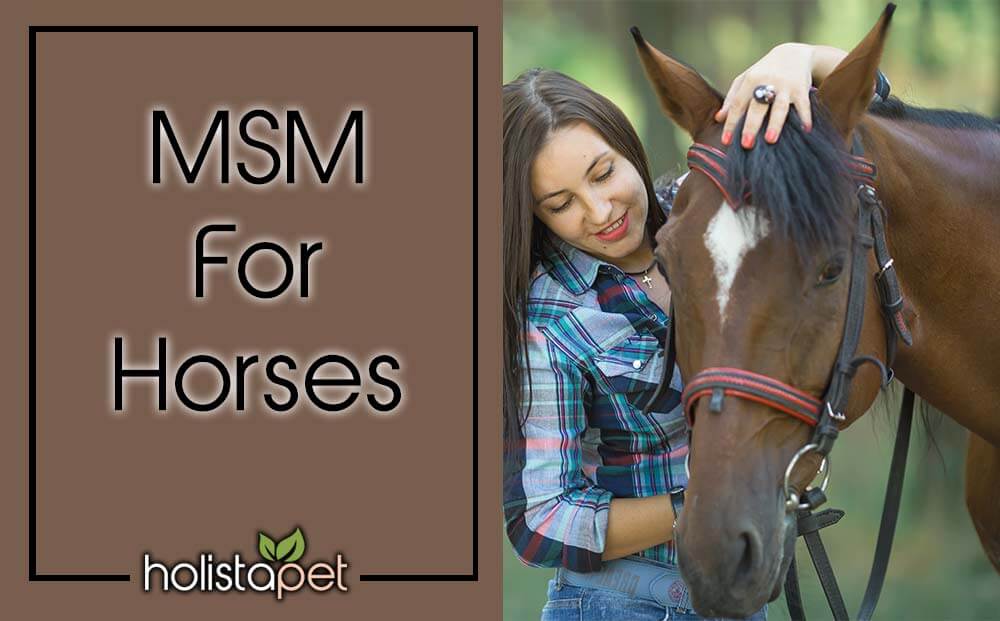 Today it is not unusual for a horse to live well into their 20's or 30's. They are able to… 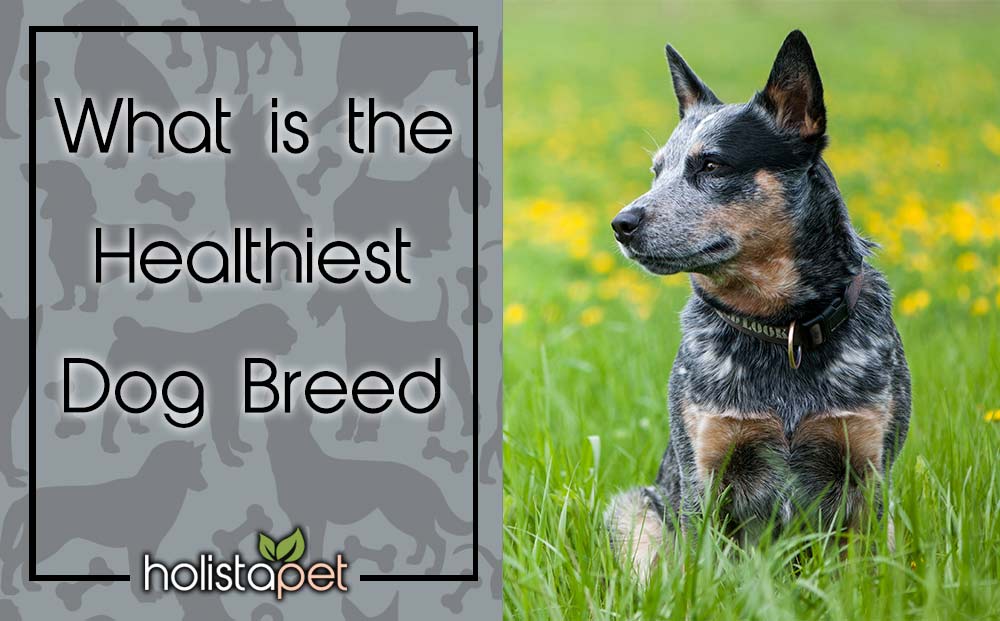 We all know the saying that "dogs are man’s best friend”. While this is certainly true, it could also be…

Using CBD Oil For Cats With Cancer [Does It Help?]

Cancer can occur in just about any mammal. It occurs when gene mutations cause abnormal cells to divide uncontrollably and…

Subscribe to get all the latest news and info in your email!

Please check your email to confirm.