If you’re looking for a cat with wild looks but an extremely domesticated personality, the Pixie-Bob cat breed is the perfect companion for your family. They may look like a mini-bobcat (down to the bobbed tail, facial markings, and giant paws), but these cats are known to act more like dogs than wild cats.

Whether it’s playing fetch, walking on a leash, or hanging out with you on the couch while you catch up on your favorite show, the loyal Pixie-Bob doesn’t want to leave your side.

The Pixie-Bob is a relatively new feline that was accepted into the International Cat Association as a native new breed in 1995. It got its championship status in 1997. The American Cat Fanciers’ Association accepted it in 2005.

This domestic cat might very well have wild ancestry to thank for its distinctly rugged look. The breed’s founder, Carol Ann Brewer, claimed that the first Pixie-Bob, called Pixie, resulted from two “legend” cats (meaning both parents were half-American bobcats).

Another telling of the breed’s creation states that Brewer rescued a knee-high male cat with a short tail. The cat, named Keba, may have later bred with a domestic shorthair in the neighborhood, delivering a litter that included Pixie. Brewer liked the cat’s wild appearance and began looking for more cats similar to her. In 1989 she started to document the breed’s standards so they could be consistently reproduced.

While TICA standards state that the Pixie-Bob should resemble the American bobcat, the breed’s founding committee ensures that no captive American bobcats are used in the breeding program. For the Love of Pixie is an organization founded by Brewer that only accepts breeders with a cat lineage directly traceable to her original Pixie-Bob. 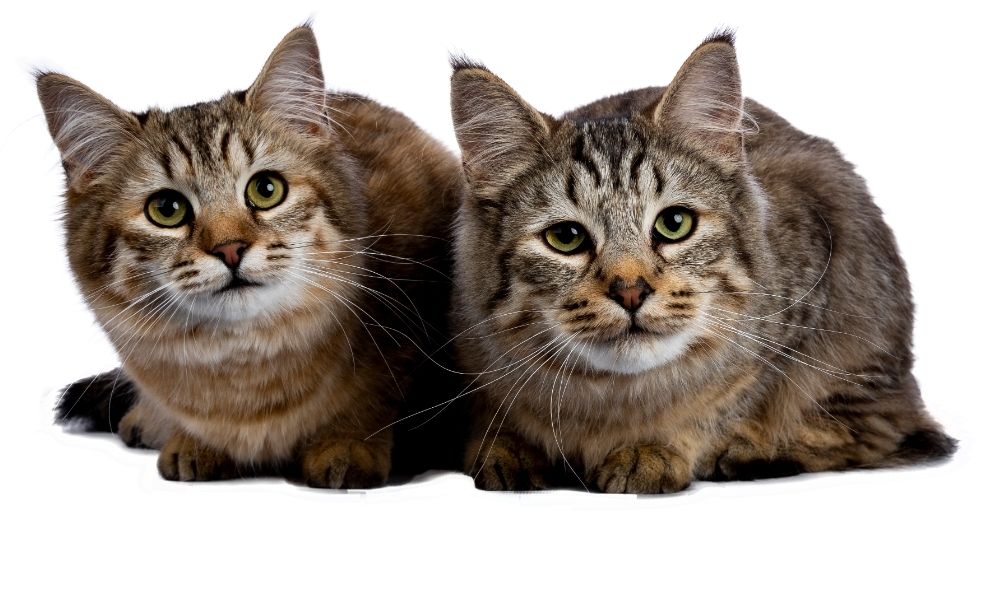 Despite their wild appearance, Pixie-Bobs are domestic cats that don’t act all that wild. They are social and playful but aren’t often described as hyper or destructive. This isn’t a cat looking for trouble. Instead, they’ll often look to their human companions for entertainment, enjoying a good game of fetch or jumping after laser pointers and ribbons.

RELATED: Cat Exercise: Different Ways to Play With Your Cat

This is a loyal cat known to follow you around the house. You can even leash train a Pixie-Bob, as this breed is eager to go on walks with you. They are social cats that enjoy being where you are whenever possible. They also don’t mind hanging out with strangers if adequately socialized as kittens. Pixie-Bob’s aren’t known to latch onto a specific person and instead enjoy spending time with the entire household.

This intelligent cat breed is also pretty quiet. You’ll hear some chirps here and there, but meowing can be quite infrequent. Even though they are not the most talkative, you’ll notice that your Pixie-Bob understands some human words and phrases.

The Pixie-Bob is well known for resembling the American bobcat. They share the wild cat’s coat color and pattern, as well as their short bobbed tail. Despite their wild look, the Pixie-Bob is known to have a sympathetic face to match its friendly and loyal demeanor.

This is a medium-sized cat breed that is usually around 11 pounds. The male is only slightly larger than the female. This breed is heavily boned and muscular. They have a broad chest and a noticeable primordial belly pouch, making them look more substantial in size. Their prominent shoulder blades help give the illusion of a more wild cat. Their tail must be two inches minimum, according to TICA’s breed standard.

Their head is medium to large, featuring ears with rounded tips and lynx tufts. They have a wide nose, a full, broad muzzle, and a well-developed chin. Their eyes are heavy-hooded with a “bushy brow.”

This breed has long, muscular legs with heavy boning. Their paws are described as large and wide with “fleshy toes.” The Pixie-Bob is also one of the few breeds allowed to have polydactyl toes in the breed standard, with a maximum of seven toes per paw!

Pixie-Bob cats can have short or long fur. Short-haired cats should have a “stand-up” coat that’s soft and woolly. Longhairs have semi-dense soft fur that lies flat against the body. All shades of brown spotted tabby are acceptable for this breed, and they should have small to medium spots. Their belly must also have spots.

Pixie-Bobs are low-maintenance domestic cats that don’t need a lot of brushing or fussing over. Still, it doesn’t hurt to give them a good brushing each week to avoid excessive shedding and hairballs. You’ll notice that this routine will also keep their coat looking shiny and healthy.

Along with weekly brushings, check their ears for wax and dirt buildup and trim their nails. You can also get them used to a daily tooth brushing if you want to avoid bad breath, dental diseases, and tooth decay. 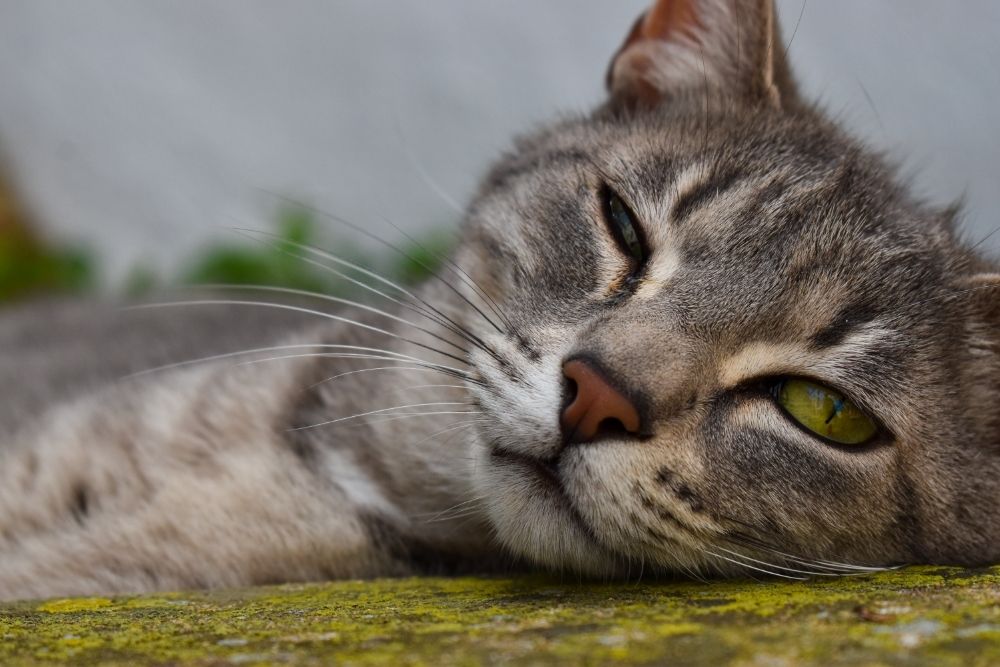 Pixie-Bobs are generally believed to be a healthy breed with no specific health concerns or diseases related to their breed. Some diseases that have been noticed in Pixie-Bobs — which are common to all cat breeds — include:

Like any domestic cat breed, you should always schedule regular vet checkups for your Pixie-Bob. This can ensure that any disease or complication is avoided, caught early, or managed. A healthy Pixie-Bob will live to be around 15 years old.

All cat breeds need the proper ingredients and nutrients in their cat food to stay healthy and happy. Check out our guide on picking nutritious cat food for your cat to get more information on the importance of protein and taurine. Each commercial cat food brand should also have a label on the side that lets you know the right amount to give to your cat daily, depending on its age, weight, and lifestyle.

RELATED: Wet vs Dry Food: Why It Matters & What to Look For

Pixie-Bobs are sometimes called the “watch-dogs” of the family because of their dog-like personality. They are sometimes protective of the humans they love, not in an aggressive way but in a grandfatherly way. Pixie-Bobs are known to get along with well-behaved children and will enjoy a good play or cuddle session. Dogs also make good companions for Pixie-Bobs since they both tend to have similar dispositions.

When it comes to other cats, Pixie-Bobs are never opposed to a feline friend. It’s just important to introduce two cats to each other carefully, following a proper procedure. This will ensure that they don’t become aggressive due to their territorial nature.

While this breed is known for its short tail, it can sometimes have longer tails. Their tails can also be kinked or knotted. A Pixie-Bob with a tail shorter than one inch will be disqualified from a cat show regulated by TICA’s standards.

Even though Pixie-Bobs are rumored to be part-bobcat, there haven’t been any tests that can prove they have bobcat DNA. That hasn’t stopped them from looking like these wild cats, though, even down to the big paws. About 25% of Pixie-Bobs have extra toes. Some Pixie-Bobs are also quite large, reaching 17 pounds.

Pixie-Bob kittens cost around $800. But you can end up paying $1,500 or more if you prefer a breeder or show quality cat. For most Pixie-Bob owners, though, the breed standards aren’t too important. This unique-looking breed is popular for more than its exotic appearance and short tail. It’s known for being one of the most social and friendly breeds out there, loyal and playful like a family dog.