They’re eye-catching, unique, and frankly – used to the attention. What are they? Tortoiseshell cats! Known for their mesmerizing bi-color coats, tortoiseshell cats get all the “oohs” and “ahhs” because very few cats look like them. But why is their coat like that? Where did they come from? I’m sure you have questions about this enigma of a cat, but don’t worry – we have answers!

What is a Tortoiseshell Cat?

A tortoiseshell cat (affectionately known as a “tortie”) is a feline with a mottled or bi-colored coat that looks like the shell of a tortoise. The colors are typically shades of ginger, red, and black, but occasionally there is some white. The “red” is not red as we typically think of it, but shades of orange, yellow, or light cream, and the “black” can be chocolate, gray, tabby, or even blue-gray.

Additionally, with tortoiseshell cats, there are nicknames that they go by for the different varieties! If you’re a fan of torties, you should probably memorize these: 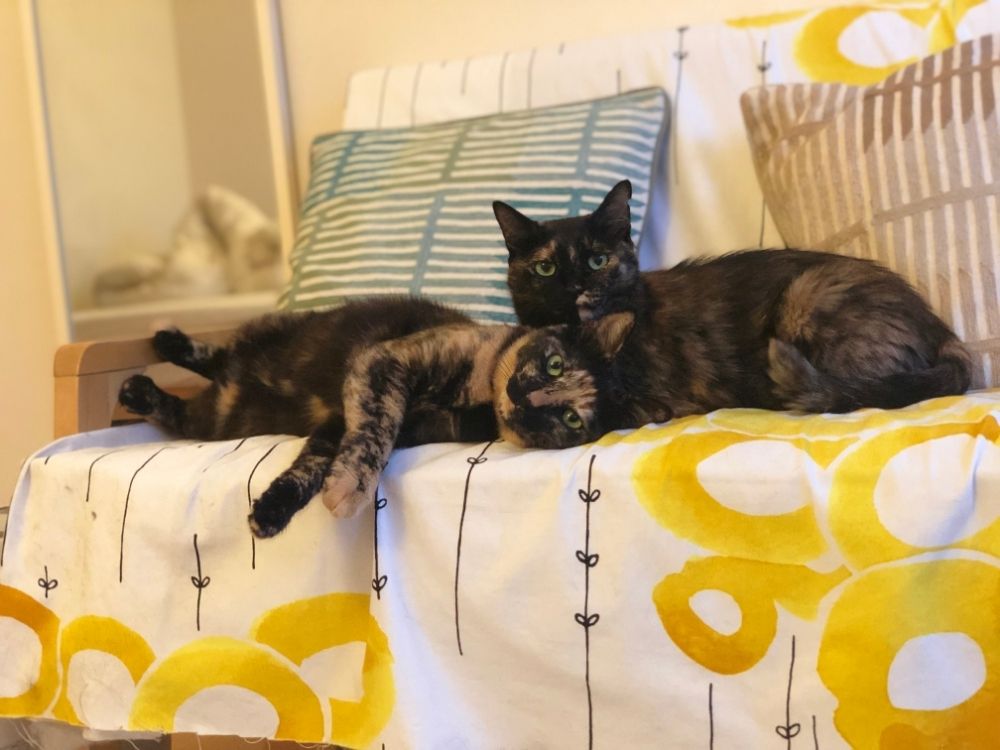 Is a Tortoiseshell Cat a Breed?

Which Cat Breeds Have Tortoiseshell Markings?

There’s a lot! This makes torties even more interesting because they can vary greatly in size and look. Breeds that have the tortoiseshell markings include, but are not limited to:

What Kind of Personality Do Tortoiseshell Cats Have?

Well, there’s a name for it: “tortitude.” Tortoiseshell cats are believed to have a stronger, fiercely independent personality, strong-willed attitude, and be generally feisty. This means they have a greater inclination to hiss, bite, chase, and scratch humans.

However, the presence of “tortitude” might be a stereotype because it’s scientifically unproven. Some studies say that there is no link between coat pattern and how tame the cat is. A 2015 study at the University of California, Davis established a link between the tortie coat pattern and increased attitude. Because of these mixed results, the verdict is still out on whether “tortitude” actually exists. Your best bet is to get a tortie and find out!

Tortoiseshell, Tabby, and Calico are different coat patterns found in cats. They each have distinct characteristics which set them apart. However, the definitions can quickly get muddled because some cats can exhibit a blend of patterns.

But first, let’s set the record straight with what makes these coat color patterns different:

However, the thing with tortoiseshell cats is that they can still be torties and exhibit some Tabby and Calico patterns – thus, the existence of “Torbies,” “Torticos,” and “Calibys.”

Torties can be one of many cat breeds, so they shed just like normal cats. They come in both long-haired and short-haired varieties that shed according to the tendencies of their breed. If you want a light shedding tortie, the Cornish Rex breed is a good choice because they have short, thin hair that you barely notice.

Tortie cats are relatively rare when compared to other coat patterns. Think about it – how many tortoiseshell cats have you seen in your life? Probably only a handful.

However, what’s even more rare is the male tortoiseshell cat. Only about 1 in every 3000 torties is male, which is amazingly rare – around 0.0003%! There’s an even slimmer chance that they are male and fertile, so odds are, you won’t ever come across one of those in your life.

The rarity of torties has resulted in some really fascinating folklore emerging all around the world. Because their sightings are so rare, throughout time, people have formed legends around them.

So, if you have a tortie or want to get one, who knows – maybe your cat will bring more than just good company to your home!

How Much Are Tortoiseshell Cats Worth?

Because of their unique coat and overall rarity, tortoiseshell cats can be a bit pricey. Unless you get lucky and find one at the animal shelter, a tortie will cost you approximately $1000 to $2000.

Also, the more distinct or striking the tortoiseshell color combination is, the more expensive the cat usually is. If the tortie is a male (or the ultra-rare fertile male), they can cost even more. Sorry to say, but the beauty and allure of torties come at a steep price!

How to Tell if Your Cat is a Tortoiseshell

Not sure if your cat is a tortoiseshell, calico, tabby, or some combination of all three? A tortie cat will typically only have two colors, a shade of red and a shade of black. There must be very little or no white patches. Torties also have distinct patterns and coat characteristics, which you can use to identify if your cat is a tortie. Some of these include:

If your cat has the tortoiseshell pattern but with white patches, they could be a tortico or even a calico. It all depends on the amount of white; the more white in your cat’s coat, the higher chance they could be considered a calico. If the white patches are small and the majority of the cat is black and red, then it’s probably a tortico.

Torties can also exhibit the tabby pattern as the “black” in their coat. This makes for a fascinating coat because you have the beautiful tortoiseshell colors combined with the distinct tabby stripes. So, if your cat has the black and red of torties and the stripes of a tabby, you got yourself a torbie. 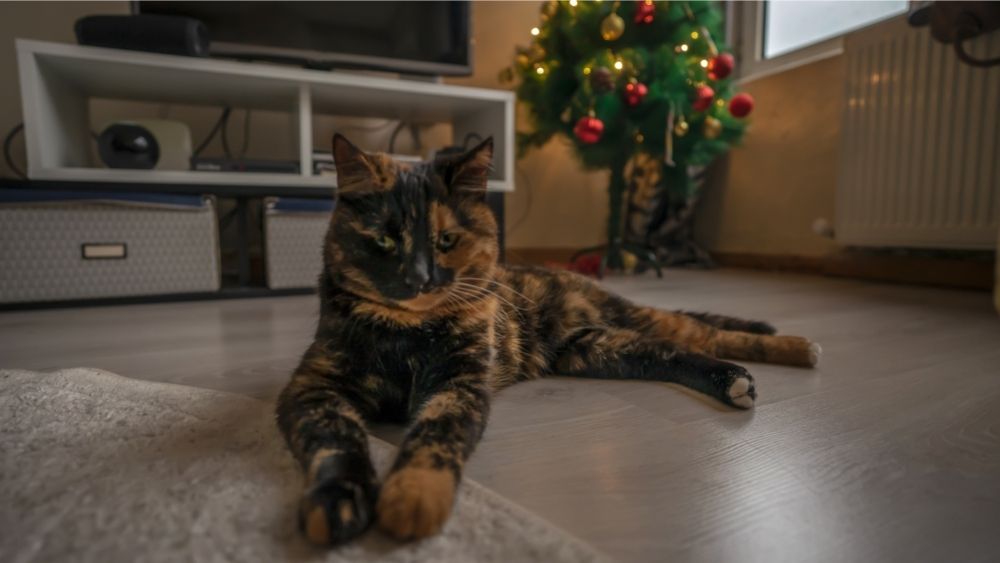 Tortoiseshell cats are really one of a kind. It’s their captivating bi-color patchy coat, the (arguable) presence of “tortitude,” or just the general air of mystery about them that has spawned folk tales all around the world.