When cats exhibit a condition in which their liver, pancreas, and small intestine all develop inflammation, they are suffering from feline triaditis. As you may imagine, this is a potentially serious illness that may result in substantial discomfort for your cat. Aside from medications, there are several holistic options that may help reduce the inflammation caused by triaditis.

This is not to be confused with a condition known as triaditis in humans. Human triaditis differs from the veterinary condition in that it affects a set of structures that are confined entirely to the human liver.

Feline triaditis, on the other hand, is the inflammation of three specific organs. These are the liver, pancreas, and intestines. You can think of triaditis as three concurrent conditions.

The pancreas is a small organ in the abdomen that is responsible for producing certain crucial digestive enzymes. If it becomes inflamed, then pancreatitis develops.

The exact cause of pancreatitis in cats is still a debate, though it likely stems from either diabetes, certain kind of infections (toxoplasmosis or feline distemper), exposure to organophosphate insecticides, or abdominal trauma.

This is a condition that is characterized by chronically inflamed intestines (somewhat similar to Crohn’s disease in humans). It is generally linked to genetic factors, bacterial infections, and lymphoma. However, its exact cause is still a mystery.

This is an inflammation of the bile duct; this is the passage that carries bile, a bitter, yellow digestive fluid for metabolizing fats, from the gall bladder to the small intestine.

Symptoms of Triaditis in Cats

It is important to note, however, that some of the symptoms are tied to just one of the underlying conditions. For example, abdominal pain is caused by pancreatitis, diarrhea is due to IBD, and jaundice is caused by cholangitis. However, if your unfortunate cat is suffering from a bout of triaditis, then all these symptoms may hit them at once.

It is also important to remember that the presence of any one of these symptoms is a valid reason to contact your veterinarian immediately.

What Causes Triaditis in Cats?

Triaditis is not-fully-understood. Specialists have yet to determine the precise reasons why a cat may develop triaditis. Some veterinarians and researchers who believe that it triggers when dietary allergens in food over-stimulate the immune system.

There is also the possibility that it is the result of some specific type of infection or that there are hereditary factors, although there does not appear to be any specific breed that has a predisposition to the disorder.

Another distinct possibility is that triaditis is a kind of defect that is present in the anatomy of cats. As opposed to dogs, the primary bile duct and pancreatic duct share a common anatomical structure: a narrow opening to the small intestine known as the duodenum. The duodenum in cats is fertile ground for a variety of bacteria to proliferate. Researchers believe it has 100 times more bacteria than a similar structure found in dogs.

The mechanism of triggering triaditis includes the possibility that the dysfunction of one of the organs triggers a vomiting episode in the cat. This then means that reflux of the duodenum fluid (so rich in bacteria) then causes infections in the liver and pancreas.

Ultimately, you end up with three separate organs that are malfunctioning in some way and an overlying condition that has a number of serious side effects.

The process of diagnosing triaditis is complex and difficult for your veterinarian. This is due to the complexity of symptoms and the fact that it is actually three underlying conditions.

After you provide them with a detailed medical history, your veterinarian will likely take X-rays to rule out any other conditions, order blood analysis to check for infections and monitor gastrointestinal tract function, and order ultrasounds to search for inflammation in various tissues.

Ultimately, they will have to perform biopsies on all three of the potentially affected organs, although this is generally avoided as it is both expensive and invasive.

Treatment Options for Cats with Triaditis

Unfortunately, triaditis is not a curable condition. Every storm cloud has a silver lining, though: you can control the condition quite well if your cat is given the right combination of various treatments. This is usually a supportive approach, meaning that it mostly focuses on relieving the symptoms and not actually treating the underlying inflammation.

It is also possible to reduce many of the related symptoms via nutritional intake and stress reduction. You should consult with your veterinarian about creating a customized meal plan that may reduce overall inflammation in your cat’s body.

In general, however, grain-free and wet food (either homemade or from a can) will work best if your cat is suffering from triaditis. Foods that are rich in probiotics may also provide some benefits.

Furthermore, it is important to monitor your cat’s caloric intake so that you can make sure they do not develop fatty liver disease.

It is also crucial that your kitty gets enough water as dehydration is a serious risk factor in these cases. Ultimately, if dehydration does set in, then it might be necessary to take your furry friend to the clinic in order for them to receive intravenous (IV) fluids.

Finally, it is important to monitor the levels of stress in your cat’s life. Health-wise, it is best that you keep your cat’s stress level low.

Remember that our loving pets are highly sensitive to their surrounding circumstances. They may respond negatively to major or abrupt changes.

If you are moving to a new place, having a child, bringing home another pet, or starting a new job that will require different hours, pay extra close attention for any changes in behavior or signs of stress.

What is CBD Oil?

CBD oil is a tincture that is made from cannabidiol (CBD), a compound derived from the hemp plant. CBD is a molecule from the family of cannabinoids, of which there are two primary types:

Both of these types of cannabinoids bind with cannabinoid receptors, of which there are two primary types: 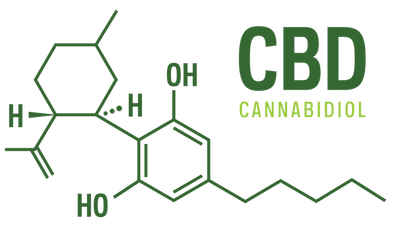 This system of cannabinoids and the receptors that they interact with is known as the endocannabinoid system (ECS). This is a regulatory network that controls a wide variety of processes in the mammalian body, including:

Furthermore, the ECS is present in all mammals and spread throughout the body. In fact, the total number of endocannabinoid receptors in the mammalian body is greater than all other neuromodulatory receptors combined. This fact alone indicates just how crucial the ECS is to the overall function of the mammalian body.

When the ECS is functioning properly, then the body is at an optimal state of health and balance. Researchers refer to this state as homeostasis. However, if there is systemic dysfunction in the ECS, then a number of adverse conditions may manifest themselves. Researchers hypothesize that this dysfunction, formally known as Clinical Endocannabinoid Deficiency, may be at the root of a variety of diseases.

Can CBD Help With Triaditis in Cats?

To keep it short, CBD is not meant to prevent, treat or cure any diseases or ailments. The FDA has not yet recognized any benefits of CBD, and, as such, we advise you to do your own research before using.

Nonetheless, let’s learn some more about the ECS in cats. It is useful to break the ECS down to its three main components:

It is also useful to note that inflammation is a completely natural defense mechanism that the mammalian immune system uses as a generalized response to infection or physical trauma. Its overall purpose is to remove damaged tissues and/or pathogens. However, in cases where it is not functioning properly and attacking otherwise healthy cells and/or tissues, it is an auto-immune disease.

Triaditis is precisely this kind of auto-immune disease, whereby the inflammation is chronic and causing irreversible damage to various organs. Chronic inflammation causes cells to produce free radicals that damage their interior structures (including DNA), a process also known as oxidative stress.

Is CBD Oil Safe for Cats?

CBD is generally considered to be safe. It is always best to administer CBD under the guidance of your veterinarian to ensure that it will not have any negative interactions with other medications that your cat may be taking.

Determining the right dosage is a process of trial and error, though most veterinarians suggest that you “start low and go slow”. Furthermore, it is necessary to weigh your cat to determine the proper dose. For more information on dosing guidelines take a look at this comprehensive dosage chart. Here are some standard dosage recommendations. 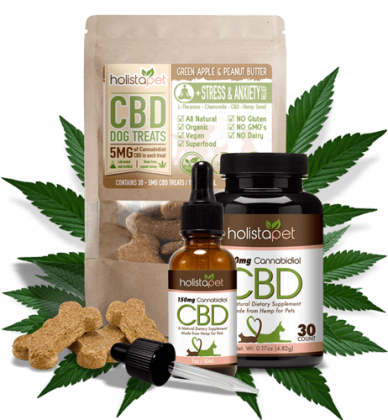 Use 0.25 milligrams of CBD for every 1 pound of body weight. This means that a 20-pound cat would get a 5-milligram dose.

Use 0.5 milligrams of CBD for every 1 pound of body weight. This means that a 20-pound cat would get 10-milligrams.

There are a variety of CBD products that are available for your cat. In fact, there are specially formulated CBD oil cat treats.

Anxiety in cats is quite a common problem. A range of factors can contribute, and…