When you hear “cat breeds,” what comes to mind? It might be the large, fluffy Maine Coon. Or it could be the flat-faced, distinguished Persian feline. There are a handful of popular cat breeds that almost anyone may recognize. But there are some rare cat breeds, too, that are a bit harder to come by.

Many of these breeds gained their form within the last few decades, meaning it’s harder to find a breeder. And others are even more exotic, using wild cats to create brand new cat hybrids. Here are some of the rarest cat breeds in the world, so you can find the one that’s right for you!

How Many Cat Breeds Are There?

Many people (even cat lovers) are surprised to learn that specific cat breeds are out there! Each cat breed has its specific physical characteristics and personalities, perfected through decades of selective breeding.

Cat domestication is a bit new compared to dogs, so that you won’t find as many breeds. But there is still an impressive amount, from the cuddly, fuzzy Ragdoll to the slender and vocal Siamese.

How Many Cat Breeds Are Considered Rare?

There is no exact number out there when it comes to rare cat breeds. Some say there are ten rare cat breeds, the ten cat breeds with the least amount of registered kittens by the Cat Fanciers’ Association.

Why Are Some Cat Breeds Rarer Than Others?

Rare cat breeds are newer breeds with smaller populations and, therefore, fewer owners throughout the world. Many associations won’t recognize some rare cat breeds because of how new they are or because there’s something controversial about them.

Some cat connoisseurs believe that breeding two mutated cat breeds with such a small gene pool is concerning and questionable, meaning the breed is not recognized by most associations and doesn’t have the same type of support as a popular breed like the Maine Coon.

These “designer” or “hybrid” breeds are often more expensive as well. Due to the difficulty of breeding them, the kittens are often much more money than a Siamese, which has a larger pool of breeding pairs to choose from.

There is a handful of cat breeds considered rare. Some of these breeds are registered, and some aren’t. All of these hard-to-come-by kitties are special in their way, with interesting physical features and lovable personalities. Here are some rare cat breeds to check out! 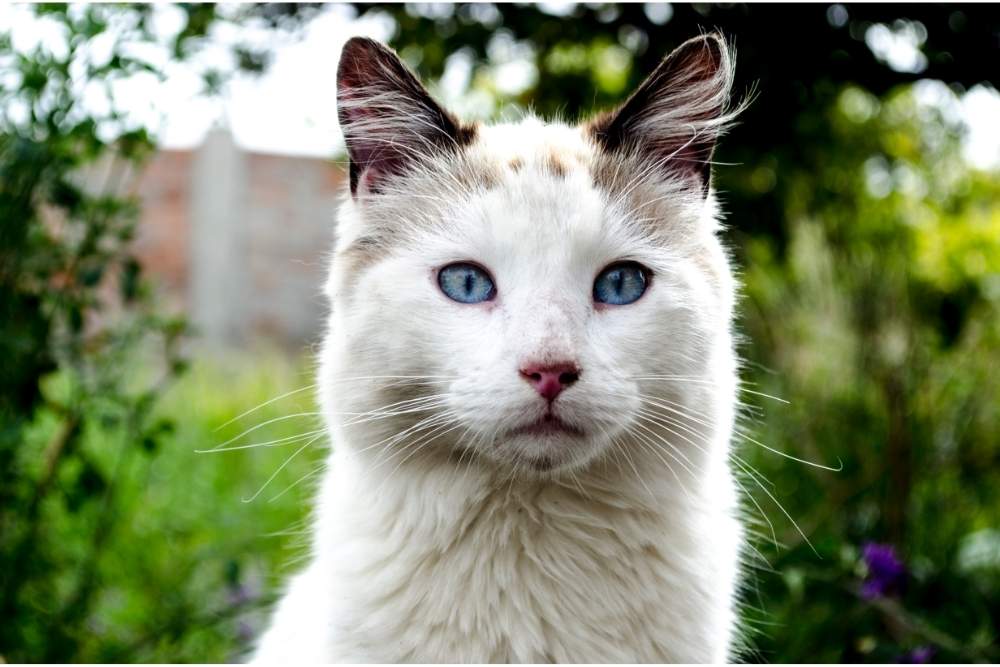 Let’s start with some breeds registered by the CFA!

The Korat is an ancient breed from Thailand that came to England in the 1800s. It’s mystified the cat world ever since with its silver-tipped blue fur, small build, and large, green eyes. The Korat was first discussed in the 1300s, called a “good luck cat of Thailand” in The Cat-Book of Poems. The first Korat was imported to the United States in 1959, and it’s continued to increase in popularity ever since.

With its almost teddy bear-like face, the Havana Brown captures the hearts of its loyal following since it was developed in the early 1950s in England. By breeding a chocolate point Siamese cat with a black domestic shorthair, the Havana Brown took form. Today, the breed’s fame looms for its warm, chocolatey brown coat.

The Burmilla may be small, but this breed instantly catches your eye with its silver coat and deep, golden eyes. This breed started as an accident when Baroness Miranda Von Kirchberg’s Chinchilla Persian escaped and mated with a Lilac Burmese cat. But the Burmilla was so beautiful that cat fanciers decided to purposely make more of this precious feline.

This unique breed bears curly fur, a genetic mutation that nobody expected but love. The first LaPerm kitten was born in 1982 in Oregon. Its owner, Linda Koehl, noticed more kittens with the curly coat over the next ten years, leading to her purposely breeding a few cats with the curly coat gene. While a special breed with a lovable personality, the LaPerm is quite a new breed and hasn’t reached the same registration levels of more traditional cat breeds.

This ancient cat is also one of the rarest. While the Turkish Van originated in Eastern Anatolia (modern-day Iraq, Iran, and Turkey) during the Middle Ages, the breed wasn’t purposely bred until 1955 in Europe. It’s a pretty new breed, but it already has a distinct appearance and personality. The Turkish Van is famous for its long, sleek, waterproof, white fur and love of swimming. About 100 Turkish Vans are registered with the CFA a year, all with lineages traced to the original cats from the 50s.

This ancient breed from Egypt has a striking spotted coat. They are the only natural domesticated breed of spotted cats out there. It’s believed that members of the mysterious Egyptian Mau breed were kept as pets in ancient Egypt thousands of years ago, making them one of the oldest domestic cat breeds. This agile and playful breed continues to gain fans all over the world.

And here are some cat breeds that have just started to be recognized by at least one organization. These breeds are quite new and hard to come by in certain areas of the world.

This rare beauty was developed by crossing a Bengal with an Oriental Shorthair, creating a domestic cat with a very wild and exotic appearance. This is a relatively new breed that only has a handful of breeders. A project aimed at creating the Serengeti breed started in 1995. The Serengeti is an agile and vocal cat that is loyal to its favorite people.

The Peterbald has short fur that’s similar to velvet or peach fuzz. The unique breed is from 1980s Russia. The original Peterbald, called a Don Sphynx, bred with an Oriental Shorthair, creating the Peterbald we know today. The breed became recognized by the American Cat Fanciers’ Association in 2008, but it’s still quite rare.

The Bambino is a cross between two mutated cat breeds, the hairless Sphynx and the short-legged Munchkin. The first litter came registered in 2005. The Cat Fanciers Association and the American Cat Fanciers Association refused to register the Bambino, wanting to discourage the breeding of genetic abnormalities for “aesthetic reasons.” Despite the controversy, the Bambino is growing in popularity and thrives in the right care.

This large and muscular breed resembles a mountain lion, earning the nickname “Stone Cougars.” They are the result of crossing domestic Abyssinians with wild jungle cats found in Asia. This high-energy cat climbs on just about everything. Despite weighing up to 30 pounds and looking quite wild, the Chausie is a very loving cat.

This spotty cat is the outcome of crossbreeding a domestic Ocicat and a Bengal. Both of these breeds are quite exotic, making the Cheetoh unsurprisingly striking. Cheetah has a vibrant coat full of spots and stripes. This is a playful cat who loves to jump and climb. When they’re finally worn out, you can find the Cheetoh cuddling with their favorite humans.

This charismatic breed is muscular and large. While they look massive and a bit rough around the edges, this is a gentle breed. This cat breed is a hybrid of a hybrid. The Jungle Curl and the Desert Lynx, both hybrid breeds, came together to create the Highlander. It has loosely curled ears, big, polydactyly paws, and a naturally docked tail.

Can You Purchase a Rare Cat Breed?

Yes! The trick is finding a reputable (and possibly registered) breeder that’ll ensure the health of their litters. Look for a breeder that tests each adult for genetic conditions and hereditary ailments and removes those individuals from the breeding pool. Your kitten should come with a health certificate and other proof of its overall wellness.

Some rare cat breeds are registered in multiple associations, meaning you can find reputable breeders through the CFA registry and others. But some of the newer cat breeds may not be as easy to come by. Do your research and find a breeder near you that’s trustworthy and caring. These cats are sometimes hard to come by if you don’t know the breeder personally, especially in certain areas of the world.

Rare cat breeds will often have long waitlists, meaning you may have to sign up for a kitten a year or more in advance! But keep in touch with the breeder, and you’ll soon be at the front of the line and ready to adopt a one-of-a-kind kitty. 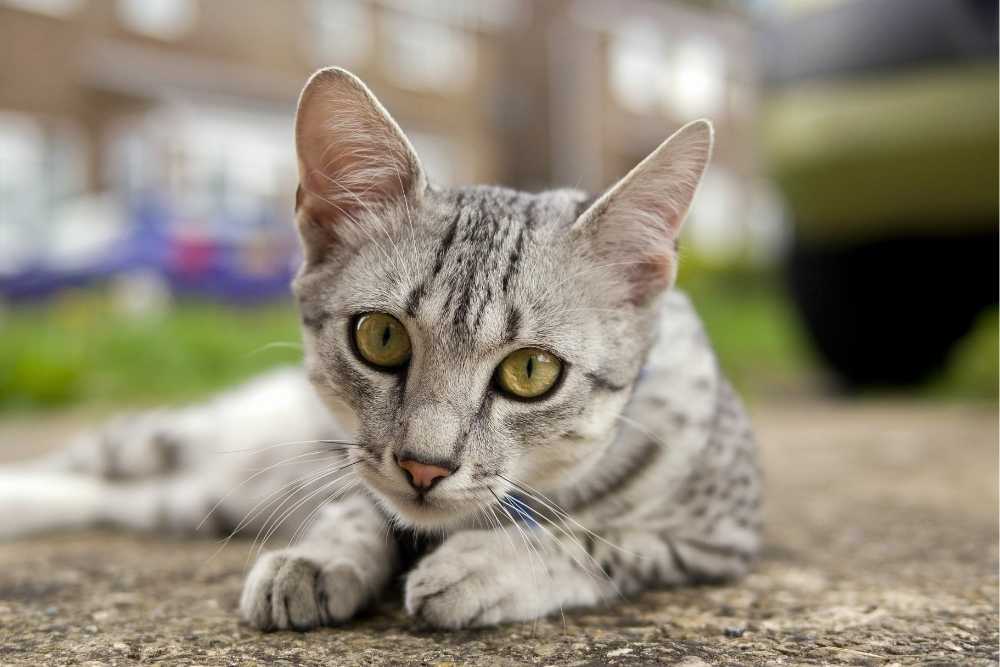 Rare cat breeds are often more expensive than breeds that are easier to come by because of the difficulty of breeding these cats. The gene pool is usually smaller, meaning litters aren’t produced as often. And genetic mutations may not appear in every litter, making the cat even harder to produce. Hybrid cats with wildcat DNA are a lot of work to breed and take care of, making them a bit price than your average cat breed.

The Turkish Van is around $1,000 on average, while the LaPerm is upward of $1,500. These registered breeds are on the higher side of the average adoption price for purebred cats.

Which Rare Cat Breed Is Best for Me?

Every rare cat breed has its unique personalities and behaviors. The right cat for you depends on a variety of factors. Here are some things to consider when looking for a rare cat breed to add to your family:

Rare cat breeds come in all shapes, sizes, and personalities. There’s the large and playful Chausie, the dainty Burmilla, and the hairless Bambino. Just consider your lifestyle, finances, and schedule when choosing a rare cat breed that fits into your family.