Discovering the cutest dog breeds may be the best part of welcoming a new pup into your home. You get to surf the internet, browsing potential puppies that may become a long-lasting addition to your home, and more importantly, your life.

But deciding on which dog breed is right for you may be a different story. Your spouse may want a fluffy short-snouted French Bulldog, while you’re opting for a Golden Retriever that can both chase down the mailman and lick their face when they catch him.

Selecting the cutest, kindest, and most perfect dog for your home can be ruff (wink wink). Every new pet owner has specific qualities they look for in their future companions: Do they shed? Are they loud? Smart? Are they good with kids?

Before you go barking up the wrong tree, here are some of the cutest dog breeds, their history, and how the impossible task of choosing the right dog for you is as easy as a walk in the park.

How Many Dog Breeds Are There?

Worldwide, dog breeding organizations have recorded about 340 distinct breeds in existence today. So, how did they do this? Dog breeding isn’t new. In fact, it has been around for centuries! Though exactly how breeding came to be is a little blurry.

Let’s take a quick walk through the history of dog domestication and why humans first started diversifying dog species in the first place! 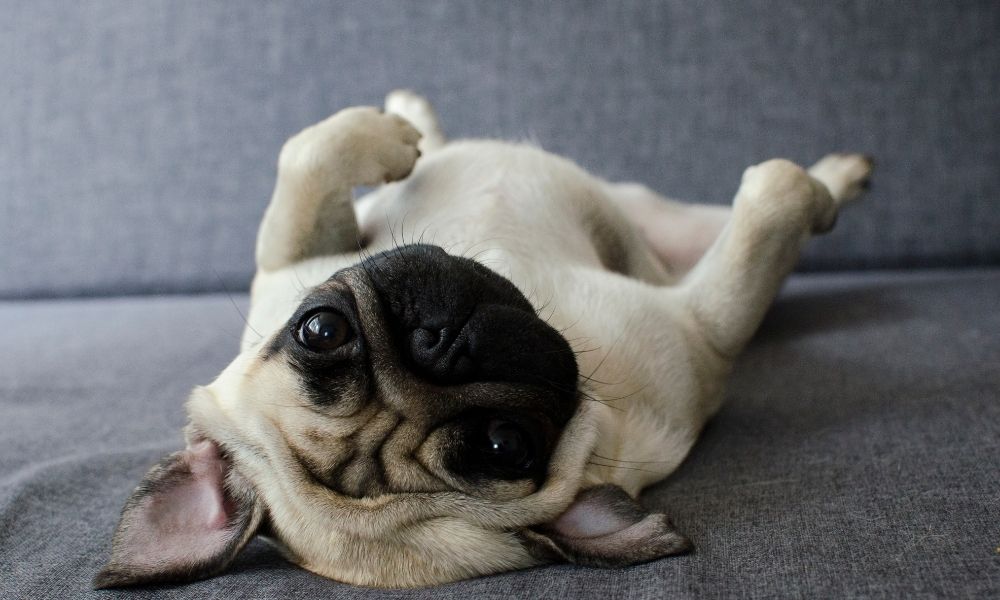 A Brief History of Dog Domestication

The earliest known dog breeds are theorized to have been a result of humans feeding wolves excess meat they would collect from hunting during the last ice age, which ended 11,700 years ago. Like any desperate carnivore, the wolves of the period are believed to have befriended these early humans, becoming their pets.

Though this theory is still unproven, the oldest known dog burial is 14,200 years ago. This discovery has paved the way for scientists to believe dogs were pets by then.

From the beginning, humans began to breed dogs to perform various tasks like farming, hunting and security. Dogs quickly became useful, becoming what we know them today as “man’s best friend.”

Knowledge of breeding grew over time until humans began to breed animals to be best suited for specific roles. The sleek Greyhound types were bred to chase fleet-footed prey while the huge mastiff types were used as guard dogs and warriors, defending their owners against any adversary. Although these lovable canine’s share some resemblance, their appearances are completely different.

So, then, considering dogs were bred to perform a specific set of skills (Liam Neeson is known to love Doberman Pinschers), how do you know if you have a purebred puppy or a mixed-breed mutt? Let’s sniff it out!

Organizations like the American Kennel Club then document each breed’s ideal physical traits, movement, and temperament in a document called a “breed standard.” This document sets forth the traits that make a Basset Hound apart from other breeds.

Mutt’s, designer dogs, hybrid hounds: All words that carry cheap connotations that suggest the mixing of breeds with other species carries a negative connotation, but that’s far from the truth.

Mixed breed dogs are a result of breeding different purebreds or other mixed-breed dogs together. They typically have no pedigree — written documentation of ancestry— making these uncanny canine’s the result of accidental or intentional matings.

The major difference between purebreds and mixed breeds is the diversity in the latter. Here are a couple of the unique characteristics of mixed breed dogs:

What Makes a Dog Cute?

Asking ‘what makes a dog cute?’ is like asking what your favorite color or favorite song is — the answer is completely subjective and could vary depending on the person and their experiences.

Though, it’s pretty obvious why dogs are cute. Have you seen them? Their droopy ears, soft fluffy body, and stubby little paws, even in their actions — every dog exudes cuteness in their own unique way.

Here are some ways your dog may be the cutest member of your family (sorry little sister):

Appearance: Is it the floppy ears? The bushy, textured fur? Or the warm smile they give after they’ve chomped down a bone and you’re rubbing their belly? A dog’s appearance may be what’ll draw your attention.

Personality: Whether they bounce off the walls in your home or sleep the day away, your pups personality can make or break whether your pet belongs in the elite league of the cutest dog breeds around. While your spouse may think your dog’s destruction of your favorite pair of shoes is cute, you may not.

Unconditional Love: As the saying goes, “a dog is the only thing in the world that will love you more than you love yourself.” Though not every dog may live up to this claim, a loving partnership between a pet and an owner is truly special. There’s no wonder why dogs are the most popular pet in the world.

A lot more than just appearance goes into what makes a dog cute. Social media and pop culture play a huge role in shaping the public’s opinion on cuteness in our pet.

You can’t tell me you didn’t consider buying a Labrador Retriever after sobbing in the 2008 film Marley & Me. Or try not to dance— imaging a tiny Dachshund in your arms— to Hound Dog, by Elvis Presley. Dogs, and the love of them, are a huge part of American culture. Below is a list of some of the cutest dog breeds, widely recognized for their cuteness. Enjoy!

The Beagle may just have one of the cutest puppy dog faces — one that will melt your heart instantly. They are well equipped to fit into any family! Why? They are typically gentle with children and love playing outdoors. Beagle are one of the easiest dog breeds to own.

Feel like royalty in the presence of this bushy-eared spaniel. The Cavalier King Charles Spaniel (say that three times fast!) has as much swagger in its tiny body and lovely floppy ears as a king would. These canines are truly an adorable, family friendly pet.

A favorite of Antoni Porowski from the hit Netflix show “Queer Eye,” this smaller, handsome dog exudes cuteness. Its stubby legs will bring a smile to your face upon every walk through the park with your Pembroke Welsh Corgi.

The Pomeranian is a super model of a dog. It is no surprise Pomeranians have been ranked as the cutest dog breed in the world in 2020. These tiny hair balls of fluff with their prominent large eyes and lively nature, are undoubtedly one of the cutest breeds.

Whether it be ‘Airbuds,’ or ‘101 Dalmatians,’ Disney has produced many hit animated features that make you fall in love with man’s best friend. Thus, the Hound dog, famously played in the 1981 feature “Fox and Hound” makes no exception. The Basset Hound’s droopy ears and sagging mouth make it one of the cutest and uniquely adorable dog breeds out of this bunch! 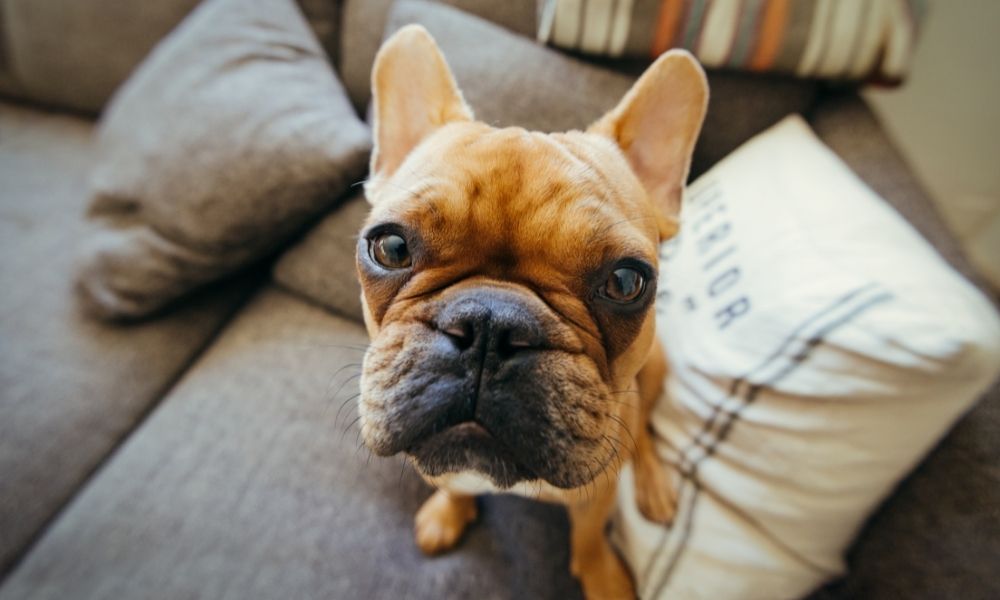 What is the Cutest Small Dog Breed?

What is the Cutest Large Dog Breed?

The Golden retriever is among one of the cutest dog breeds and friendliest dog breeds to own. Their sweet lovable faces and calming affectionate smiles make their personalities shine. Golden Retrievers love people, are very gentle, smart, and loyal. They only require occasional grooming but shed heavily in fall and spring. They are active, smart breeds that are eager to please and require daily exercise. A trophy dog in the United States, the adorable Golden Retriever claims the top spot as one of the cutest dog breeds around.

Everybody needs a best friend. Whether we find them in people or cats or lizards, dogs should be considered early on in that last.

Long-time dog owners of the cutest dog breeds listed here may already know the possibilities for love and friendship between a dog and a person. But if you’re considering bringing a dog into your household, and are still not sure which one may live up to their marketed cuteness, just know that you and your dog will love each other regardless. Dogs, whether they fall on the list of cutest dog breeds or not, don’t care about how they look, so neither should you.